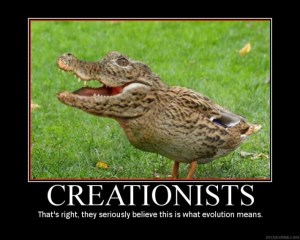 Why do we believe weird things? Moreover, how do we persuade others (or ourselves) to move off of a long-held belief when new evidence comes to light? These are questions that are never far below the stream of my consciousness, and have been for some time. And these, coincidentally, were all prominently addressed in my three most recent reads:  The Greatest Show on Earth: The Evidence for Evolution by Richard Dawkins,  Shakespeare: The World As Stage by Bill Bryson, and Nate Silver’s The Signal and the Noise: Why So Many Predictions Fail–But Some Don’t.

The first two seek to actively disabuse readers of fraudulent notions they might have about evolution and Shakespearean authorship, and the third attempts to explain why our brains are so wired to believe this “noise.”

In the very first chapter of his book, Silver points to the enormous amount of new information available as a prime culprit to our inability to distinguish fact from fiction. This “Information Age” argument is a powerful one, and it can be seen influencing debate in a number of different facets. Silver writes,  “The human brain is quite remarkable; it can store perhaps three terabytes of information. And yet that is only about one-millionth of the information that IBM says is now produced in the world each day.” He continues the thought:

Meanwhile, if the quantity of information is increasing by 2.5 quintillion bytes per day, the amount of useful information almost certainly isn’t. Most of it is just noise, and the noise is increasing faster than the signal. There are so many hypotheses to test, so many data sets to mine–but a relatively constant amount of objective truth.

When I browse through my Facebook news feed, read blogs, or receive random chain e-mails, I am frequently disheartened by the amount of empirically false claims I see casually tossed about. The joke might be, “It’s true, I read it on the Internet!” But that is so often the case, and I think most people, myself included, have been guilty of it at some point or another.

Even if lies are subsequently proven false, the damage has already been done. An early wide-spread Internet lie was the one linking the MMR vaccine to autism.  Repeated studies have shown no link, but the anti-vaccination crowd remains vocal and dangerously effective.

While addressing and correcting such falsehoods is a worthy endeavor, it could paradoxically be causing more harm than good. When there are such divergent “facts” available through a few simple key strokes, it can cause an undue level of skepticism for actual, objectively true facts.

As Dawkins points out, creationists love to use this confusion tactic. They say, “Teach the controversy,” despite there being no such controversy in scientific circles. To them (or any other agents of purposeful misinformation, and there are many), persuading the masses isn’t completely necessary, so long as they at least plant a seed of doubt. If both sets of “facts” seem reasonable on the surface, a great many will take them both at face value, and wave the truth off as a 50/50.

Of course, the truth cannot be 50/50. A statement is either true, false, or unknown. An overly skeptical person might say something like, “It’s never wrong to question authority or conventional wisdom,” but this is a definitive statement in its own right. Definitive, and wrong. There is a great deal we do not know about the universe, but not knowing everything is far removed from knowing nothing at all. Indeed, our collective inquiries through a wide-range of intellectual fields throughout the centuries have left us with quite a bit of knowledge which is unlikely to soon be disproved.

Among the worst of the Internet fabrications are the widespread conspiracy theories. Within days of the Boston Marathon bombing there was a conspiracy theory, despite the hundreds of victims, the thousands of witnesses, and the whole thing caught on camera and live on cable T.V. This gets into another reason for why we believe weird things, and it ties nicely into the pre-Internet idea that William Shakespeare was not the author of the plays and poems bearing his name.

I have not yet addressed my second question, the one of how to actually change minds with new information. Frankly, I have no idea. Far too often in discourse, political or otherwise, people either talk past each other, or merely hear what they want to hear. While I thoroughly enjoyed Dawkins’s book, I couldn’t help but feel like he was preaching to the choir, so to speak. He beautifully laid out the incredible and substantial evidence for evolution, but I wondered how many, if any, creationists read his book.

When I see climate change deniers, 9/11 “Truthers,” creationists, and the like go on about their obvious misconceptions about objective realities of our world, it is easy to become pessimistic.

I may have already answered this question in my post about the shifting attitudes toward same-sex marriage. While it is difficult, and in some cases impossible, to sway a single person on an issue, it is much easier to persuade a population over time. There will likely always be conspiracy theories and theorists, the key is to make sure their noise doesn’t filter into the larger population. Collectively, we need to extol the virtues of the scientific method and intellectual progress, and make a stand whenever we see nonsense masquerading as real news.

← From the Beginning
Paris →