Working to Live, or Living to Work? 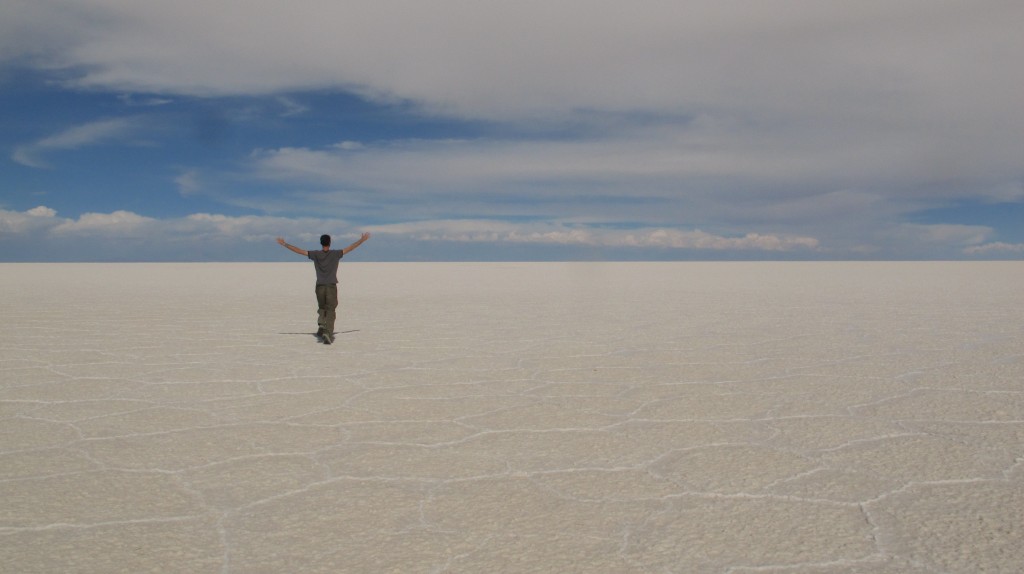 Americans generally feel a close connection to their European brethren for a variety of reasons. We share many of the same Enlightenment values (e.g. freedom of speech), most American families have ties to Europe through heritage, and our strongest military and economic allies (apart from Canada) are European. We are close, but there are also massive differences between European and American mentalities, some of which are only now becoming fully apparent to me.

As an American, you hear about certain qualities of European life: loads of vacation time, long guaranteed maternity (and even paternity!) leave, free healthcare, etc, but it all seems very abstract when you don’t live and breathe the day-to-day consequences of these benefits.

The above title refers to a European saying/joke about Americans. Europeans work to live, and Americans live to work. The longer I’m here, the more revealing this joke becomes. Let’s start with time off from work; vacation time is by no means guaranteed in the U.S., and even if the employer is feeling generous, it’s usually no more than two weeks. Even if two weeks is guaranteed in the contract, employees are often made to feel guilty for taken them, either by their employers or coworkers. On the other hand, I’m given over five weeks of vacation, and I’ve actually been encouraged to take it all this year.

There’s a lot to be said about the American work ethic, but a major downside is the cultural pressure put on everyone to always show up, and to take as little personal time as possible. And this isn’t just about reducing vacation time, it includes sick leave. Even when employees have good healthcare and legitimate illnesses, there’s the expectation that they work through these health concerns, be it a cold or something more serious.

Here, vacation time isn’t something given away begrudgingly–only at “down times” throughout the year, and always with the expectation that you’ll be checking and answering your work emails–but as a period of relaxation that the employee is entitled to as part of his or her compensation. You’re expected to go out, travel, have fun, regenerate, and do what you want to do (which for most people, means getting as far as humanly possible away from work).

Sick leave is also serious business here. My house director gave me a curious look when I asked her how much sick leave I was entitled to when I was going over my contract. After a moment, she said, “If you’re sick, you’re sick.” It’s a simple truism that you’d never hear from an employer in the U.S.

Lengthy, paid maternity leave is also a foreign concept in the States. Over the past year, I’ve worked closely with young children and new parents, and I’ve seen the massive benefit to the children, the family, and society of these policies. The parents and children both have improved relationships, the parents do not have to spend as much on child care, and the child gets much better care in the arms of his or her parent. Society, in turn, gets a more well-adjusted child, and a parent who can then return to work with some peace of mind, having completed a large share of vital, early child rearing.

When I mentioned this leave to my mom, her first reaction was, “How can the businesses afford this?” It’s a sensible question to Americans, who for some reason often come down on the side of rich business owners, over middle-class families. I’m not saying the question is without merit, or that the costs and extra taxes incurred by such programs are trivial, but it’s also one that can be addressed when we look at other such mandates that we take for granted. The 40-hour work week, minimum wage, unemployment insurance, and other government regulations are all costs that must be taken into account by society and businesses. However, at some point, we decided that the benefits to society outweigh the costs.

I find it interesting that the party in the U.S. that positions itself as pro-family and pro-life, would never, ever support a similar level of mandatory maternity leave (or similar measures guaranteeing affordable healthcare, or sick leave). Social conservatives are always complaining about single-parent homes and mothers on welfare, and in the same breath bemoan the lack of family cohesion, and how the conventional family model has fallen apart. A lengthy paid maternity leave seems to be a reasonable answer to all of these problems. A new child is extremely stressful to the family dynamic, and more than a few divorces have resulted from the combined sleep deprivation, financial strain, and time constraints that come with the territory.

Continuing with this theme of time off work, let’s briefly discuss the weekend. Since the concept of “the weekend” is so ingrained into society’s consciousness, we forget how it came about. It was not the result of bosses around the country magnanimously deciding to let their workers have a few days of relaxation for themselves, but the result of a concerted effort from the Labor Movement of the late 19th and early 20th Centuries. It is easy to forget, especially with union membership at its lowest since before those heady days, public opinion of unions in the toilet, and a general perception of them being mere relics of a different age.

In the U.S., unions are seen as the social equivalent of the appendix, perhaps it was important long ago, but now you only notice it when it gets inflamed, and it’s never a good thing. Whereas the U.S. has since shunned unions, making it all but illegal in many states, Europe has never forgotten the important contributions of the Labor Movement, and still sees them as an integral cog in the social machine (and to mix metaphors)–an important counterbalance to the power and influence of corporations and wealthy individuals.

Now, this is not to say that unions aren’t without their problems. Americans take a special kind of glee from news reports from across the Atlantic of massive strikes and protests over the latest perceived slight. Of course, strikes and protests do little to add to the overall joy and harmony of a given society, but that is precisely the point. The right to free speech and exercise is often the only tool workers have when facing those with power and money who stand in direct opposition to their pursuit of happiness. If a bus driver strike or slow down inconveniences millions of people for a few days or weeks, perhaps we notice just how important their contribution is to society, and we may be willing to pay more or give better benefits. In a perfect world, workers and management would be able to work out these issues without drastic measures, but we’re pretty far from that ideal.

In recent decades, Americans have shied away from these confrontations, and the middle class has suffered. Productivity has nearly doubled in the U.S., but middle class wages have only barely kept up with inflation. Where is that extra money going? We all know the answer. And with higher education and healthcare costs absolutely exploding during this time, it is much, much harder for families to get by, let alone advance.

I know to most Americans, all of the vacation time, paid parental leave, and healthcare must make Europe seem entitled or lazy at best, and a socialist hellhole at worst. I’ve seen no evidence of laziness, in fact, most work quite hard. Indeed, it is much easier to come into work and give it your all when your next vacation is just around the corner, and not a year away. As for entitled? Europeans expect a higher quality of life than Americans, and they demand it. Perhaps it is entitled, but it also comes with the realization that this life is special, and it should not be wasted inside an office for 40 years.

The younger generation of Americans like to talk about “YOLO” (you only live once), but generally they don’t act on that high-minded phrase, making it–justifiably–laughable as nothing more than a trendy, vacuous thing to say or put on tee shirts. Americans are told from an early age about all the great things they can get if they work hard, but they’re never told what they’re missing by spending every day at the grindstone. Working hard is great, but only if you can then live life to the fullest, and that includes this year, and every year you’re lucky enough to be alive.

Of course, this is all good in theory, but in practice it’s much better. So how am I ending 2014? How about a trip to Iceland in November, and a trip to Denmark for Christmas, both with my favorite girl in the world. Work is hard, but it makes having something to live for that much better.