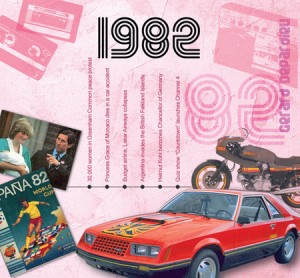 My birth year is naturally misleading, seeing as I only experienced roughly 10 days of 1982, though “experienced” might be a generous word to use, insofar as a newborn baby doesn’t experience much of anything beyond the feeding/pooping/crying/sleeping cycle. While I still greatly enjoy a great deal of that cycle, I have experienced a few things beyond it, and in a variety of places.

Since my birth, I’ve lived in frigid Milwaukee, sunny South Florida, the foothills of East Tennessee, an exotic and historical-for-all-the-wrong-reasons Nagasaki, the bustling metropolis of Seoul, and the Bavarian, beer-loving capital of Munich. It turns out 1982 would be a big year for several of the cities I would subsequently inhabit, none more so than the two places I’ve lived the longest: Milwaukee and Knoxville. 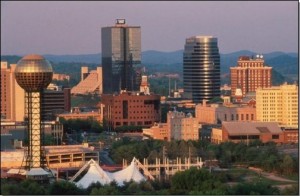 A brief stroll through Knoxville will inevitably include a vista of the Sunsphere, the gold-tinted ball, towering over the city at a height of 266 feet. For a city without much of a distinctive skyline, it certainly stands out. The Sunsphere is the most visible remnant of the 1982 World’s Fair, which was inexplicably held in this sleepy little mountain town on the Tennessee River. With the World’s Fair long since forgotten (except from the locals, with a heavy touch of nostalgia), the Sunsphere has gained a bit of a cult following, featuring on The Simpsons as the “Wigsphere,” and as a demigod capable of striking vengeance upon the hapless Tennessee Volunteers in the college football blog, everydayshouldbesaturday.com. A local rock band have even named themselves after the iconic orb in the sky, Todd Steed and the Suns of Phere.

By all accounts, and by that I mostly mean Wikipedia, the 1982 World’s Fair was a success, with 11 million visitors, and turning a whopping profit of $57, that somehow also left Knoxville with $46 million in debt. Any modern visitor to Knoxville will easily be able to see the effect the World’s Fair had on Knoxville, mostly by finding vintage-looking shirts on the backs of twenty-something hipsters.

As the World Fair was wrapping up in Knoxville, my parents were living a few hundred miles north in the city of Milwaukee. My mom was seven months pregnant, and the local baseball team, the Milwaukee Brewers were having an incredible, unprecedented, and to this day, unmatched run. The 1982 Milwaukee Brewers featured future Hall of Fame inductees shortstop Robin Yount, third baseman Paul Molitor, reliever and mustache aficionado Rollie Fingers, and pitcher Don Sutton. Yount would go on to win his first of two American League MVPs that year, and he, along with Molitor would lead the league in all of the following offensive categories: at bats, runs, hits, doubles, slugging percentage, and total bases. Gorman Thomas would finish the season tied with Reggie Jackson for most home runs, and a largely forgotten Pete Vuckovich won the Cy Young Award for the league’s best pitcher. 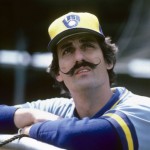 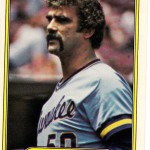 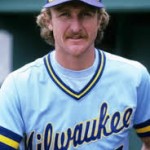 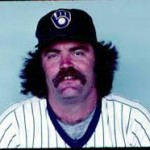 OK, so there were a few mustache aficionados on this team

The Brew Crew finished a game ahead of the Orioles to win their division. During this memorable pennant race and the play-offs, my dad tried to balance his husband and father-to-be demands with those of fandom. Much to my mom’s annoyance, he attended lamaze classes with a transistor radio tuned into the games. He responded to her criticisms a bit glibly, if not prophetically, “We can have more kids, but the Brewers might never be this good again.” Indeed, they both had more children (albeit with other spouses), and 31 years later, the Brewers have never been as good.

The Brewers won their first five-game series with the California Angels (as they were then known), and went all seven games against the Cardinals before finally losing the World Series. Even in defeat, they were spectacular. Paul Molitar became the first player ever to go 5-for-5 in a World Series game, and Robin Yount became the first player to record 4 hits twice in a single series. Yount, Molitor, and second baseman Jim Gantner were still playing for the Brewers when I became old enough to start following (and idolizing) them, though they were a far cry from their best days of 1982. 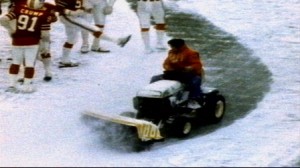 Miami and Munich also had significant sports years in 1982, also failing spectacularly on the biggest stages in their respective sports. The 1982 Miami Dolphins were caught up in one of the most bizarre incidents in NFL history, the infamous “Snow Plow Game.” The game was a wintry affair, leading to what had to have been one of the dullest three hours in sports, with the game still knotted at zeros going into the final few minutes. The Patriots had driven the ball close enough to attempt a likely game-winning field goal, but any attempt would be difficult off of the heavy snow accumulation. Suddenly, an ex-convict took it upon himself to clear a spot on the field with a small John Deer-driven snow plow so the Patriots could kick a winning field goal. The play stood, and the Patriots went on to win the game by the barn-burning score of 3-0.

The Dolphins weren’t finished though, they would go on to win three playoff games, only to come up short against the Washington Redskins in the Super Bowl, by a score of 27-17. Like the Brewers, the Dolphins would never again be as good, losing one more Super Bowl after the 1984 season, and never returning in the subsequent 29 years.

Of course, they play a different sort of football in Munich, and Bayern Munich, affectionately known as the Reds, appeared to be on their way to a fourth European Championship (now known as the Champions League). Instead, they lost to a pesky Aston Villa side 1-0. Villa haven’t won (and have hardly competed) in Europe since, making this run all the more curious. I wouldn’t worry too much about the Reds though, they’ve largely dominated Germany and won a couple of Champions League trophies since then, including last year’s triumph.

It seems I may have gotten a bit ahead of myself (or perhaps behind). So, without further ado, let me tell you about the strange places I’ve called home, starting with my birthplace: Milwaukee, Wisconsin.