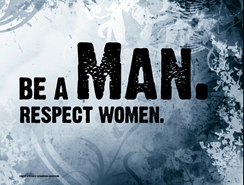 Most mornings, there are many thoughts bouncing happily along my neurons as I prepare for the busy day ahead. Usually one of those thoughts isn’t, “Oh shit, did I just accidentally molest that woman?” The incident in question happened last Thursday, en route to a dentist appointment before work. I was standing on the escalator, putting my left arm through the appropriate strap of my backpack (already a victory in the morning) when a young, not unattractive woman passed me. My hand went all the way up the back of her upper thigh and over her not unshapely bottom.

Had the woman turned around to see it, she would have seen the look of horror on my face, as the nerve signals from my hand reached  my caffeine-deprived brain, and the shock of my slap-worthy mistake sunk in. Mercifully, she must have just figured me for a pervert, and walked on, thus sparing me the necessity of making an even more awkward apology, possibly to a woman who spoke no English. Then, I thought about why she hadn’t reacted: Was it because this was a common occurrence? I hoped for the sake of humanity it wasn’t, but I had a sneaking suspicion it was.

This is not to say that I didn’t want to apologize. I did. Even an unintentional feeling someone up needs to be apologized for, and she might have felt better to know it wasn’t just a random act of sexual assault on her way to work. Perhaps it’s all of my sisters (a least a dozen at last count, with a margin of error plus-or-minus seven), my single mom, or all of my fiercely feminist friends, but whatever the reason, I’ve always been strongly opposed to such behavior when it is intentional, and it is far too common.

I remember the first time I saw a friend of a friend grab a woman’s ass as she passed him in the bar, and being horrified and disgusted to even be loosely associated with the scumbag. I wonder, the world over, how common it is for objectified women to be treated without regard to their own personal space just for a cheap feel. And what do these men get out of it? A sense of power? A rush of adrenaline or pride for getting away with it? A sexual thrill for touching a random ass or breast? I felt none of the above, just embarrassment, and I hope it hasn’t preoccupied her the way it has me. If the situation had been reversed, and I was randomly groped against my will, I’m sure I would have been rather upset, and I certainly wouldn’t just walk away.

While this was the worst of my recent awkward moments with local women, it certainly wasn’t isolated. Last week I answered a call from Christine with a somewhat customary, “Hey baby.” Again, I was just getting off the subway, but this time the woman directly ahead of me shot me a dirty glare. Fair enough. I tried waving my phone, indicating that she was not the baby I was referring to, or for that matter, even a baby at all, regardless of that the characters from the movie Swingers might think. Somehow my awkward pantomiming did not seem to convey my intended, nuanced position. She seemed unconvinced, but walked on nonetheless.

I could go on. In fact, I will. I very often make little clicks, hums, whistles and the like when I’m deep in thought about God-knows-what. As it happens, there are sometimes people are around, and I appear, at best, mildly but happily psychotic. Now and again a woman will think I’m clicking or whistling at her, which I can assure the reader, I certainly am not. Again, awkward, apologies, often hampered by language barriers ensue.

I might be able to generally grasp the concepts behind the laws of motion, general relativity, and the like, but the mystery of how I ever managed to find a girl who sees past all of my clumsiness and idiosyncrasies is completely beyond my understanding.

One of the unexpected consequences of living abroad is the inherent day-to-day awkward situations that arise from linguistic and cultural barriers. When I add my natural tendency to be both clumsy and absentminded from time to time, such as the aforementioned absent-mindedness when flailing my arm about in an attempt to put on a bag, the results can vary from Seinfeldian plot to inadvertently despicable behavior. I hope for less of the latter in the future.

So, to the random Bavarian woman I hope to never see (or anything else) again, I’m terribly sorry and I shall drink an extra cup of coffee in the mornings. And to all the random guys who think groping women is a fun pastime, please fucking stop.

← Paris
Behold, The Wonders of Couchsurfing! →