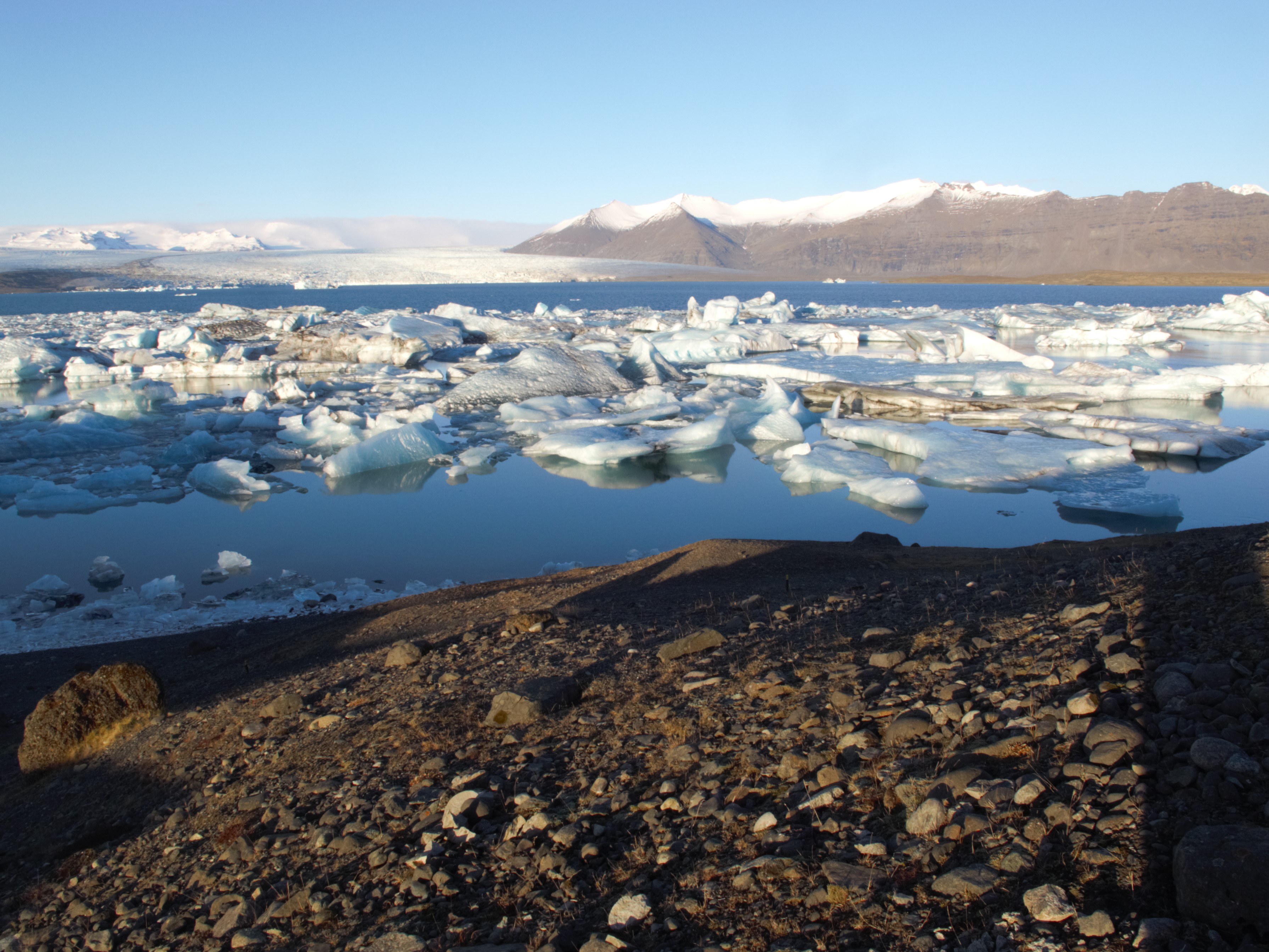 This is a picture of the Jökulsárlón glacial lagoon in Iceland. At 1.5 kilometers (~1 mile) long, and 200 meters deep it is Iceland’s largest lake, made up predominantly of glacial melt water. It didn’t exist 80 years ago.

Some travel experiences stick with you. Some change after the fact. Some grow and evolve and gain significance as you get farther away from them in both time and distance. Standing on a receding glacier is one of those experiences.

I’ve been fortunate to explore two glaciers on my travels, the first was in Argentinian Patagonia, and the second in Iceland. In both cases the glaciers were retreating at a predictable, yearly clip.

The natural beauty of these blue-white rivers of ice is beyond compare. Words really cannot do them justice. But we shouldn’t save the glaciers for the sake of beauty alone. Nature is filled with the breathtaking, glaciers or no.

Instead, we have to look at what they very obviously represent: a rapidly changing world. Glaciers, like the world we’ve known for the entirety of human existence, are disappearing. Despite what the well-funded denial apparatus would have you believe, the science of climate change is simple, well-understood, and most importantly of all: a fact.

We know, beyond all reasonable doubt, that the Earth is rapidly getting warmer. We know, again beyond all reasonable doubt, that this warming is due to an excess of carbon dioxide in the atmosphere. We know that this excess carbon dioxide and the warming that it brings, is man-made. Finally, we’ve known these facts for several decades; the prediction models made by the 1990 IPCC are spot on. 2014 was the warmest year ever recorded, and 2015 likely surpassed it.

Tesla founder and all around smart person Elon Musk calls our continued reliance on fossil fuels “The dumbest experiment in history.” The best case scenario for inaction is that we still run out of fossil fuels, causing social and economic collapse. The worst? Total ecological destruction, the displacement and/or death of billions of humans, international conflicts over the remaining resources, and an existential crisis for Earth’s flora and fauna, humanity included. So yeah, pretty dumb. 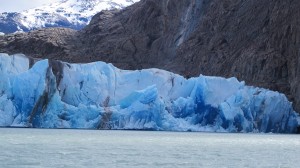 El Chalten, Argentina. Half a world away from Iceland, but they’re both losing their glaciers.

We know fossil fuels won’t last forever, and we have readily available, renewable resources to take their place. The age of fossil fuels will end at some point, the only question is whether we end it ourselves (and avoid major disruptions to the economy, food supply, security, etc along the way), or if nature ends it for us.

So, how is it that one of my two choices in America, politically speaking, denies these facts wholesale? How can they ignore such widespread threats to our economic, health, and security interests? The answer is almost too obvious to mention, and I shan’t go into too much detail: it’s money.

So, the question then becomes: how can I as a voter, knowing these facts, support a party as rabidly anti-science as the Republicans?

The answer, simply, is that I cannot. When I’ve brought this point up to some conservatives, I’ve had the accusation of “One issue voter” casually tossed in my direction.

This is oversimplifying the case (as American conservatives are often wont to do). Environmental issues aside, the modern Republican Party promotes an unyielding radically conservative agenda that I cannot support. We disagree on guns, military spending, abortion rights, separation of church and state, marriage equality, workers’ rights, education, immigration, healthcare, and certainly many other issues I’m not quite thinking of at the moment.

You could say I have my problems with modern Republican political ideology. But, there is a common thread with many of these problems: ignoring practical realities and/or empirical evidence when it disagrees with preconceived notions. It is putting the wagon before the horse. It is natural. We all do it. We all fall into the trap of confirmation bias, but we must overcome this human cognitive error in light of new (or in this case, old) information.

Some might argue that the problem of climate change is easier to address from a liberal perspective than a conservative one. Insofar as any effective political solution would involve multinational cooperation, overhauling existing infrastructure, and new government regulations, this argument does carry some weight. However, there are many market-based solutions that could be vital in addressing climate change, including tax breaks, and carbon market creation (e.g. “Cap and trade”). Unfortunately, this latter solution becomes moot when the underlying science is wholly rejected.

At the end of the day, this is why I cannot support any of the current crop of Republican presidential hopefuls. It is impossible to act on any of the problems that we face nationally or internationally without a simple recognition that the problem exists. And let’s not forget: it’s a big problem. Arguably too big. A big solution to a big problem is optimal, but a small solution is better than no solution. And no solution is still better than pretending there’s no problem at all.

Does this make me a one issue voter? Perhaps. But it’s a really big issue. Would I vote for a Republican who wanted strong action on climate change, but still opposed everything else I stood for? Probably not, but I would at least be more willing to listen to their ideas on other topics. It would also be more likely that their other views were factually, as opposed to ideologically, driven. It would give me hope that we would at least have a starting place for dialogue on this and many other issues. If we cannot even agree on well-founded scientific facts, what chance do we have of agreeing on far murkier issues over moral or geopolitical struggles?

← Driving a Tesla
On Free Education →

5 comments for “Climate Change and Becoming a One Issue Voter”