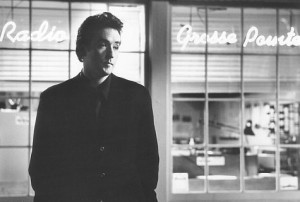 In the 1997 comedy Grosse Pointe Blank, assassin Martin Blank (played by my boy, John Cusack) goes home after 10 years to reconnect with his long-lost love, and “delete somebody along the way.” Before returning, he asks his therapist, Dr. Oatman (played by the equally excellent Alan Arkin) why he should return, lamenting the disconnect with his high school classmates, “They all have husbands and wives and children and houses and dogs, and, you know, they’ve all made themselves a part of something and they can talk about what they do. What am I gonna say? ‘I killed the president of Paraguay with a fork. How’ve you been?'”

In a certain sense, I can relate to Blank’s conundrum (minus the whole killing bit). After I graduated from UT in 2006, I immediately spent a year abroad in Japan, and upon returning home, I couldn’t connect with friends and family as I had before. I had fundamentally changed, and they had gone about their normal lives. I wanted to talk about this amazing experience, but when people asked about Japan, they really wanted a one-sentence summation, not a lengthy recollection of my life abroad.

Reverse culture shock is a strange phenomenon. During my first year in Japan, and the past two in Korea, I’ve desperately missed Knoxville. I’ve missed the weather, the mountains, the food, my friends, and my family. Perhaps ex-pats begin to romanticized their home in the same way they had romanticized living abroad before moving. Or perhaps we remember the good aspects of home, and forget the bad. Or, perhaps we have an inflated sense of self-importance  from living abroad, and being home crushes that fantasy in short order. Whatever the reason, the novelty of being home quickly wears off, and the former ex-pat must make a choice to either try to re-adapt to life at home, or keep moving until he or she finds a place that is an acceptable proxy for home.

To put it politely, Japan was a “growing experience” for me, or to put it another way, I was completely unprepared for most things along the way. I went in without goals or expectations, struggled to take advantage of the opportunities while I was there, and left without a clear idea of what I wanted to do when I got home. I thought my experience abroad would open doors and wow friends and girls. It did not. In fact, it sort of made me an obnoxious bore, as all of my stories started, “In Japan…” Speaking of girls, I was surprised to find so many of my friends getting married off. I had only been gone a year, right? To quote my cousin Danny upon returning from two years in Mongolia, “I feel like I missed the first round of the marriage draft.” If that was the case after one year in Japan when I was 24, I shudder to think what two years in Korea in my late 20s has meant.

So am I better off this time? I think I am. I know what to expect, and I don’t have any false expectations of slipping comfortably back into my previous life. It also helps that I haven’t lived in Knoxville since 2008. My “home” has been distant in time and space for many years now, so I don’t feel the same connection to it that I once did.

If reverse culture shock is caused by the difference between what one remembers about home, and what one experiences upon his or her return, then overcoming it is simple. I can either treat it like a completely new place, and go about meeting new friends accordingly, or I can keep on moving. There are no guarantees in this world, and in knowing that, I need to keep an open mind and take things as they come. I hope I’m not going to be a hopeless wanderer until the last of my days, but equally, I hope I never get sucked down into a mundane, travel-free life. As in so many other areas, balance is the key. 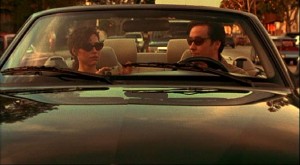 In the movie, the protagonist returned to the spot of his childhood home to find that it had been converted into a convenience store. Blank immediately leaves a wry voicemail for his therapist, “You can never go home, Oatman, but you can shop there.” In the end, he blows town with his long-lost love for a fresh start. Herein lies the moral of the story: I might not be able to go back, but if I could find another traveler who is headed in the same direction, anywhere I landed would become home. In less than three weeks, my stay in Korea will be over, but the journey will continue.

← North Korea: Peering into the Darkness
There Will Be Blood: Playing Soccer on Dirt →

4 comments for “Reverse Culture Shock: You Can Never Go Back”