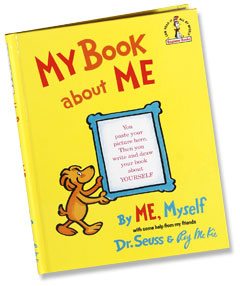 I made a decision last week that I hope will have long-term positive consequences; I have decided to begin trying to find an agent for my book idea, Around the World on 80 Couches.

This decision has led to a bevy of vastly contrasting emotions. I am hopeful that this plan might work. I am terrified that it won’t. I’m energized and excited to begin work on such a monumental, possibly life-changing, project. And I’m slightly overwhelmed by the daunting task ahead.

I figure I need three things for this dream to come to fruition:

Two of these things are within my control, the third, for the most part, is not. I feel that my idea for a couchsurfing book is an intrinsically good one. I’ve been told as much by everyone with whom I have shared this idea. And as couchsurfing continues to grow by 20,000-30,000 people per week, the potential market continues to grow. If I don’t write a best-selling book about couchsurfing, someone else surely will.

As I have demonstrated on 80couches.com, I have already shown the ability to work hard toward the ultimate goal of writing this book. Last month, I surpassed 100 posts in a year and a half. However, this work will be quite different from the 1-2 posts per week on my site. Instead, I must write hundreds of proposals to agents, and expect to receive hundreds of rejections. This undertaking is not for the feint at heart, but I think I’m up for the task.

Finally, I’ll need more than my share of good luck. Of course, Louis Pasteur once famously said, “Fortune favors the prepared mind.” Or, Henry Ford, “Luck is what happens when preparation meets opportunity.” I could keep quoting famous people, but the point is that I have to put myself in a position to get lucky.

As of right now, if nothing drastic changes, I think I’ll spend about another year in Korea before moving on to my next adventure. So, I’m trying to get a leg-up on my next step in life. Sure, I could explore the world by going on my proposed couchsurfing trip and then write about it. If this plan to get an agent fails, I will certainly do just that. But if there is a chance, however small, why not work toward that goal while I’m living comfortably at a job I like?

I made my decision and the hard work has just begun. The good news is, unlike novels, nonfiction books do not need to be completed prior to submission. I just need to make a compelling argument in the form of a one-page proposal that my book is worth publishing, along with the table of contents and the first completed chapter.

I will spend the next week or so writing this material, and then start the long process of sending out letters. I know it’s an uphill battle. I know I’m probably naively wandering into a land without fully comprehending the expectations. And I know that this is something I must do.