Myself, and the ladies of Milwaukee CS. From left to right: April, Courtney, and Milana.

On paper, Courtney, the Milwaukee Couchsurfing Ambassador, and I could not be more different. She is a woman of strong faith, whereas I am firmly and openly in the other camp. She is energetic, positive, and has a career. I, on the other hand, have a sardonic sense of humor, am prone to bouts of depression, and my longest period of employment at a single job since graduating college was 14 months at a restaurant.

We were brought together by one thing, and one thing only: our mutual love for Couchsurfing. And from this odd-pairing, I formed one of my strongest and most wonderful friendships over the past few years.

I originally contacted Courtney when I was planning a move to Milwaukee. It was a weird stage in my life, and I accomplished very little of what I wanted to in that move, but without Courtney and Couchsurfing, the move would have been a total disaster. As I said, she was (and still is) the Ambassador for the Milwaukee Group of Couchsurfers, so I sent her a message asking about the ins and outs of life in The Great White North. I learned one immutable truth from this simple first correspondence: Courtney always gives more than is asked for, and always in an extremely helpful way. Some might even call it, “Overboard.” 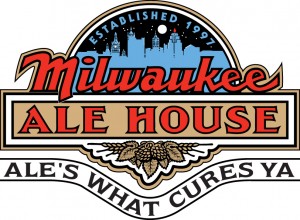 Astute readers might see a pattern emerging between Couchsurfing and beer.

I had been arranging a trip to Milwaukee to scout some places to live, go for an interview, etc. Instead of simply meeting up with me, she went through the trouble of arranging a Couchsurfing meet-up at the Milwaukee Ale House.

Here I was, in a city that for all intents and purposes, was completely new to me, and I was able to start growing my social life even before I moved. This not only speaks to the power of Couchsurfing, but also to the incredible job that Courtney does of making complete strangers feel completely at home.

This was just the beginning of what became a long and wonderful friendship. Despite our differences, we found common ground more often than not. We are both passionate about Couchsurfing, we share a love of many of the same bands and musical genres, and despite our religious differences, we have very similar moral codes. I respect Courtney because of her energy and optimism. Above all, she has always been there for a friend in need. Always.

Moreover, Courtney manages to be openly religious without seeming condescending or preachy. In short, many “Christians” could learn a thing or  two from her. Even to this day, when our religious differences come up in conversation, it is never awkward. I respect her for who she is and for her opinions, and she affords me the same level of respect. 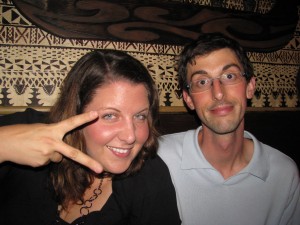 Court and C.J. at The Foundation.

In looking back at my two-year stay in Milwaukee, it’s really difficult to imagine getting by without her and the Milwaukee Couchsurfing community. Altogether, they constituted the vast majority of the friendships I formed. Honestly, if I were to name one thing I missed most from Milwaukee, it would be that group of friends.

Unfortunately, not all Couchsurfing groups are as fun and outgoing as that one. It took moving to Seoul to discover that sad fact. Here, the local ambassador is not nearly as outgoing or helpful. In fact, she seems to think that her main purpose in life is to yell at people on the message board for daring to post a couch request or (in my case) suggesting that we have a meet-up on a weekend as opposed to a weekday. If anything, it only highlights what an amazing job Courtney did.

I know I said this in my last post, but it bears repeating: Couchsurfing is all about the people. Individuals can make it amazing. They can also ruin it. Courtney was (and is) one of the great ones. With more people like her, we probably wouldn’t even need couchsurfing, but we don’t, so we do. I am truly honored to be able to call Courtney a friend. By simply knowing her, I feel like I’ve become a better person, and she makes me want to continue to strive for self-improvement.

Admittedly, this post has become pretty sappy. I wanted to write about all the great times we had together, and those are certainly important, too. However, I think I’ll save those stories for another day. Instead, I will end my post with a bit of an inside joke: 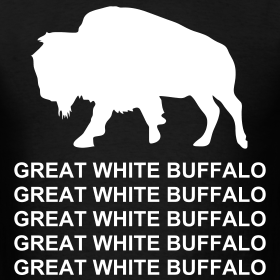 ← Bring on the Scandinavians!
Going for It →

2 comments for “Courtney the Supersurfer”