Here’s a little experiment. I will list out a series of problems, and tell me if I’m talking about climate change, or the corona virus:

If you haven’t noticed the trend, these statements can all be applied to both crises. The similarities between the short-term problem that we currently face with the novel strain of the corona virus COVID-19, and the wider, longer-term problem that we face with climate change are striking. Only, we’re seeing all the problems that we face with climate change played out about one hundred times faster.

Unfortunately, if this is “climate change on speed,” our response to the novel corona virus is rather disheartening. Some countries were quick to respond. South Korea gets a gold star for their efforts. Denmark, my current home, has been largely on top of matters. Other countries,  however, wasted precious time, sent mixed messages, and encouraged a casual “business as usual” approach until it was obvious that people were literally dying by the thousands.

Because this problem, like climate change, is a global one, our response is only as effective as the weakest link. On a small-scale, how can Denmark get back to “business as usual” if the disease still rages on in Germany or Sweden? On a global one, how can any country resume travel and trade when this virus is still being freely transmitted beyond their own borders. It creates a great deal of uncertainty for individuals and investors alike. If we’re being honest, there is no “light at the end of the tunnel” that we can reasonably aspire to. Will this come back in the fall and spring? Will the economy come roaring back to life? Or will the recovery be slow, with many of us still fearful and restricted in our spending from the ordeal? Anyone who has an answer to any of the above questions is fooling themselves. 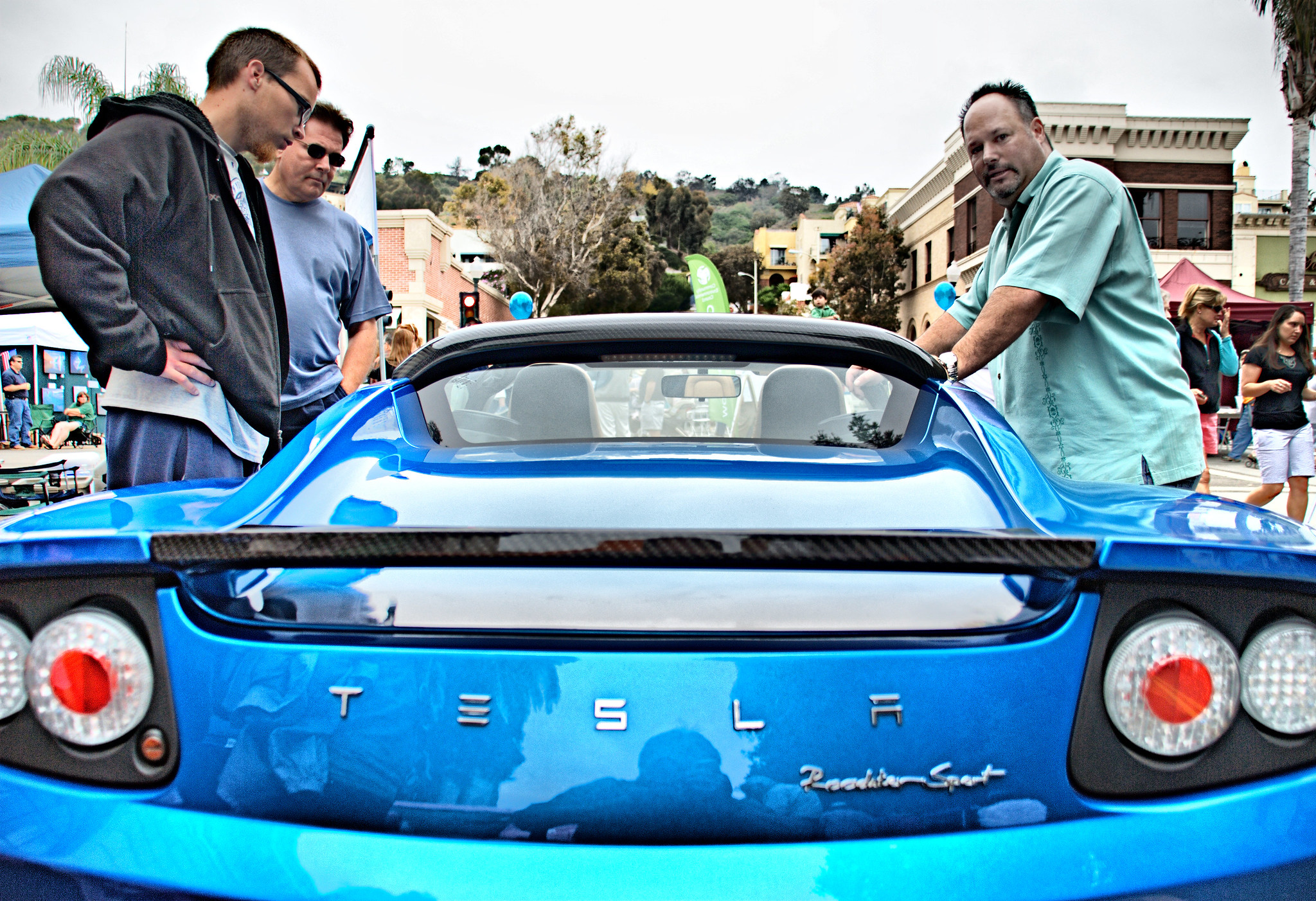 Tesla was able to grow following a $465 million loan from the US Government. Credit: climatevisuals.org

Another similarity is the problem of how to talk about solutions to these problems without becoming overwhelmed with the reality of it all.

Corona has shown us all how quickly life can change. How quickly we must adapt our lifestyles to work together toward solving a problem. Hopefully, it can also show us a way forward in dealing with climate change. In fact, I believe it can even be the catalyst we’ve needed in order to start solving the problem.

Although we are all understandably worried about the hundreds of thousands of lives (perhaps more) that will be lost to COVID-19, the economic strain of an unprecedented economic contraction and subsequent recession* will leave a space for governments and businesses to invest in the future.

I hope that any investments, post-corona “stimulus,” will be directed specifically toward growing the “green” economy.

Governments the world over made the same grave mistake post-2008 economic crisis by not investing in sustainable infrastructure. And often when they did, e.g. Tesla getting a government loan, it was turned into a partisan weapon to attack opponents. Mitt Romney famously quipped in a 2012 presidential debate with Barack Obama that the president wasn’t just picking winners, but picking losers. Obviously that investment isn’t looking so silly now.

The economic shock from COVID-19 will likely be worse than the collapse of the housing market which preceded the 2008-2010 “Great Recession.” The US already experienced a record 10 million jobs lost in just two weeks. The pain is already too real for them, and tens of millions more worldwide. It seems a certainty that tens of millions more, not to mention those who are unemployed or underemployed, will follow. When we get out of this mess, we will need a way to return these people to work to jump-start the economy.

Luckily, we have another pressing need. A need that has been ignored too long. A need that will only become more urgent the longer it’s ignored: climate change. We need to get off fossil fuels. We need to invest in new and nascent technologies, and turn this crisis into something positive. 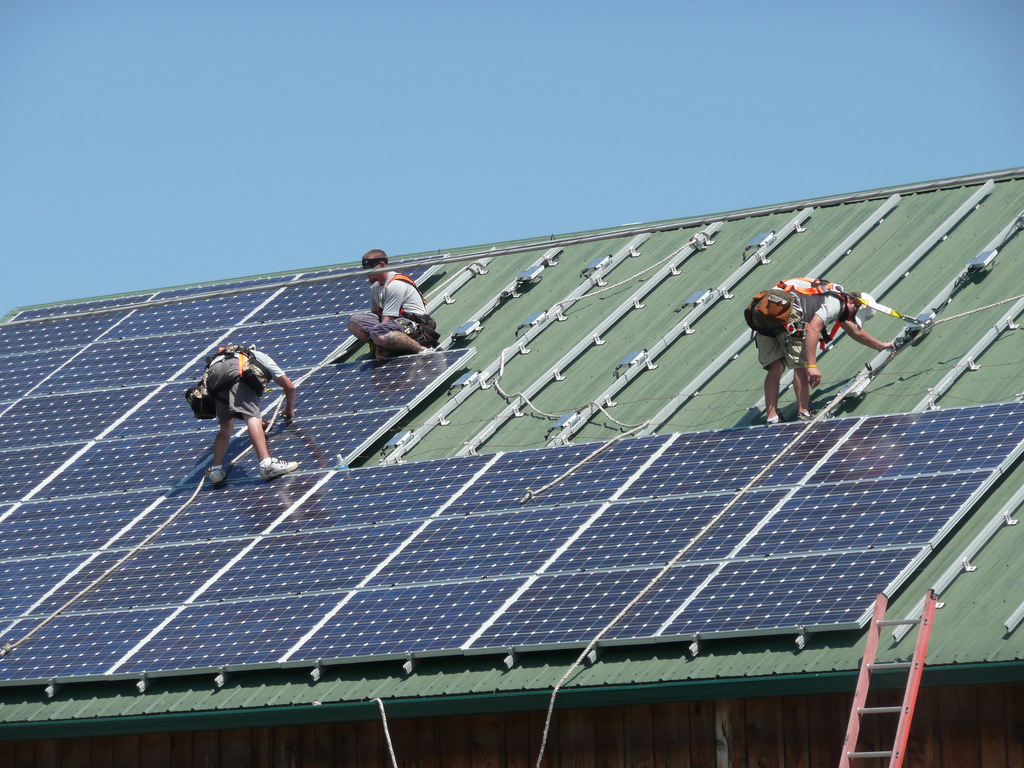 I’m worried that we will repeat the same mistakes of 2008. Instead of reevaluating the old economy and trying to build something new and sustainable, we’ll double down on our old lifestyle–the one that got us into this mess to begin with. And instead of investing to put people back to work and to reduce short- and long-term suffering, we’ll buy back into the myth of “austerity” and slash social safety nets again, which will only make us all more vulnerable for future catastrophic world events.

Moreover, the effects of climate change and globalization only make future pandemics more likely not less. Melting permafrost will possibly expose us to diseases that we haven’t seen in millennia, and warmer climates will expose us to more mosquito-borne pathogens, as we saw with the zika virus pandemic over the last several years. Not only does climate change increase the risk of pandemics, but it can make them worse, as we’re seeing with corona right now; studies have linked a small increase in air pollution particles to a far higher mortality rate for those who contract COVID-19.

Therefore, investing into climate solutions is not just good for the here and now, but reduces risk and uncertainty further down the road. We can kill two birds with one stone, if we’re proactive and forward-looking after this crisis.

If not? It’ll be a long road to recovery post-corona, and even more difficult to address climate change in any meaningful way.

Momentum is on our side. We have already drastically changed our lives in recent weeks, and we have seen short-term environmental benefits. The air and water are clearer, and global carbon emissions are down. But this is just a temporary break. Unless we overhaul our global infrastructure, we will go back to having the same climate problems as before.

The choice is ours.

*I’m aware that the term “recession” is only able to be used after the GDP has fallen for two consecutive quarters, but that seems all but inevitable at this moment in time.

← The Epilogue
Essentially Non-Essential: Maintaining Humanity In A Crisis →