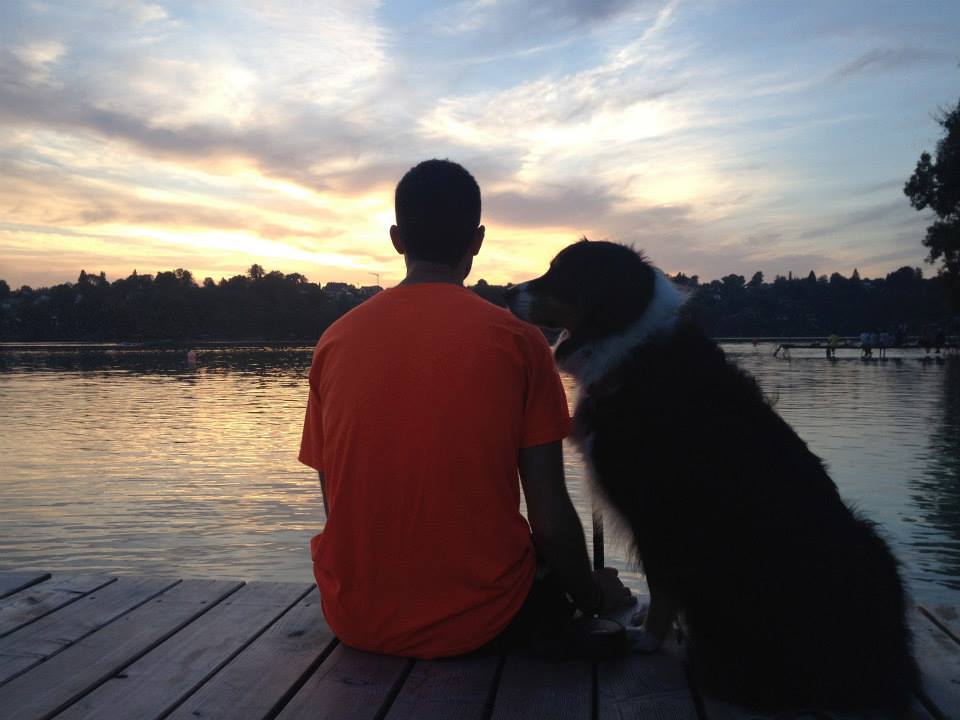 It was like a scene out of a movie.

Cue the words “Ten Years Later” flashing across the screen.

But it wasn’t a movie, it was real life. Whereas a movie would fast-forward over those ten years in an instant, pausing only to age the actors with computers and/or make-up, this was actual lived experience for both of us.

I’m talking about running into my former best friend. Former from a long time ago. It might as well have been from a galaxy far, far away. Nothing drastic really drove us apart, but it was just one of those high school BFF friendships. The kind that like a super massive star, burns fast and bright. This analogy doesn’t quite fit: it didn’t end in a supernova, but rather faded nearly as quickly as it had ignited.

And then there was nothing. Simply a void filled with memories, and a bittersweet melancholy about what was and what never could be again.

There was nothing until we bumped into each other, give or take ten years after last sharing a beer, and give or take twenty years after we first started hanging out. I admit, I had to do a double, triple, even a quadruple take. Holy shit. Is that…? Could it be…?

On some level, it was a completely coincidence. We were both in town, at the same time. We were both from Knoxville, with parents and family still in the area. On another, it was completely predictable–both of us frequenting a former stomping ground, McKay’s Used Bookstore, that we used to haunt from back in the day.

We shared an awkward hug, and agreed to what would be, no doubt, an awkward lunchtime beer.

And it was an awkward lunchtime beer. I sat between him and his wife (who, also in typical movie fashion, was a friend from our social circle from way back when), while they shared parenting duties with their 1-year-old child. Elephant-in-the-room awkwardness aside, the chat wasn’t bad, but it wasn’t what it used to be. The magic of friendship had well and truly gone. After an unspoken agreement about a necessary amount of time passing, there was yet another awkward hug, an awkward set of goodbyes, and obligatory, if awkward, lip-service to make sure we wouldn’t have to wait as long for the next beer as the last one.

If I were a betting man, I’d put a large wager on there never being another beer.

I would be heartless if there wasn’t a small part of me that didn’t wish for more. That didn’t wish for a true rekindling of this friendship. A return to those wild high school days, before the worries of adulthood truly set in. And yet, that was always unlikely. And more than unlikely, also a real sign that neither of us had truly  grown up and moved on.

We all know the kind of people who go on about their “glory days” from high school or college. Of course, many of us would love to be a few years younger. But no one should actually want to go back to that same age, with the same level of wisdom and experience (or lack thereof). Perhaps we have regrets, things we wish–with a little time and space–we could do differently. But we never would make the necessary changes without the new information. Without mistakes. Without heartbreak. Without feeling and even inflicting hurt and pain. We learn. We grow. We change. At least as much as our primitive monkey brains allow us to do.

There is more than a hint of nostalgia from these kinds of interactions. Like watching a modern reboot of a classic movie, you get a whiff of a hint of a past joy, something long forgotten but still deep in the recesses of your heart and mind. And like these reboots, we remember the things we loved about these classics, whilst simultaneously forgetting the bad things from back in the day. More often than not, it serves as a reminder that things can never quite be the same.

Dan Savage says that closure isn’t something we can get from others, but rather a gift we give ourselves. He’s not wrong.

I would add that closure isn’t just something you give to yourself, but also something that doesn’t always have to be given. People change. People move apart, physically and emotionally. A dynamic that worked well at 16 won’t–perhaps shouldn’t–necessarily work at 26. Or 36.

As my friend, or rather former friend walked out that door, there was one, final, small heartbreak. An unspoken acknowledgment that this friendship was well and truly in the past. Not from malice or hate, but simply from time and atrophy. It was likely the final time we would ever see each other; it was, in other words, the final chapter–The Epilogue.