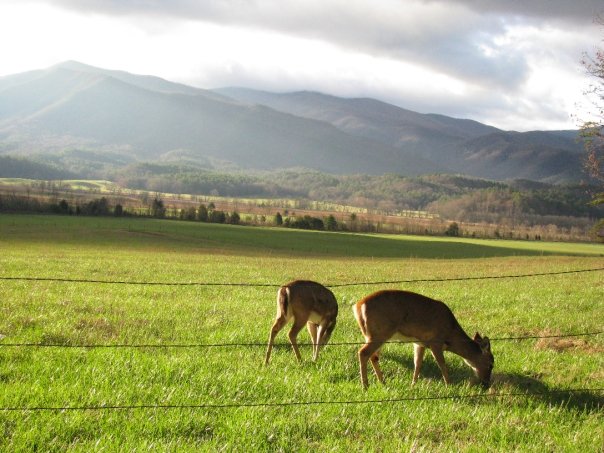 Last summer I was in a crowded classroom, attempting to learn Danish, when the teacher asked us to name the best thing about our home country. For me, there was one clear winner: the US National Parks System.

Yellowstone. Yosemite. Grand Canyon. Everglades. So on and so forth. Many of them are world-famous, and many more yet deserve to be.

And thank fuck they were established.

When driving through the US one thing is abundantly clear: if land isn’t protected, it will be used, and probably used poorly. Highways, spaghetti overpasses, giant box stores, billboards, and all the suburban sprawl. All for commerce, and none of it remotely charming or aesthetically pleasing.

I’m not the first to note this, of course. And of course, George Carlin noted it 100 times better than I ever could decades ago:

Only a nation of unenlightened half-wits could have taken this beautiful place and turned it into what it is today – a shopping mall. A big fucking shopping mall. You know that, that’s all you’ve got here, folks. Mile after mile after mile of malls after malls. Many, many malls. Major malls and mini malls. They put the mini malls in between the major malls, and in between the mini malls, they put the mini marts. And in between the mini marts, you got the car lots, gas stations, muffler shops, laundromats, cheap motels, fast food joints, strip clubs and dirty bookstores. America the beautiful. One big transcontinental commercial cesspool.

Well said, George. It’s probably for the best that he’s not around to see us continually fuck this planet.

And nowhere is this divide between pristine nature and giant fucking shopping mall more apparent than on the drive to the Great Smoky Mountain National Park. In the 16 or so miles directly leading into the park–from Sevierville, Tennessee through Pigeon Forge and Gatlinburg–is tourist hell.

Even Gatlinburg, which goes up to the border with the park–literally on its doorstep–is a tourist trap to end all tourist traps. It could be charming. It could be quaint. Instead? It’s heaven for rednecks. There’s nothing charming or quaint about it.

And then something miraculous happens. After driving for the better part of an hour through hell, you cross the last stop light exiting Gatlinburg and you’re in the Smokies. In the summer, you can literally feel the temperature drop a few degrees as you’re surrounded on all sides by the ancient forest instead of knife and airbrush teeshirt shops.

Glorious and stark. And it begs the question: what would happen if the Smokies had not been protected in 1934 (and dedicated in 1940)? My guess? Bye-bye bears, hello end-to-end parking lot (with some pancake houses, minigolf, and knife stores in between).

If Carlin was wrong about anything, it’s the fact that this isn’t just an American problem. It’s easy to blame this on pure American greed. However, it’s not just an American instinct, but rather a human one. It is at the heart of our environmental and climate crisis the world over. Rainforests? Who needs ’em, we have burgers and palm oil to sell! Wildlife? It’s nice and all, until they start eating my crops! Public transport? Well, it’s just easier to drive…

I’d like to say I’m above it. But climate change makes hypocrites out of all of us.

Life is hard enough without having to figure out if every meal is sustainably sourced, if every commute can be done with a lower carbon footprint, if every piece of waste you produce is being properly recycled, and so on.

It’s not hard to see the extent of environmental destruction in Europe. The only difference? Unlike America, which literally paved paradise during the industrial age, a great deal of the deforestation and biodiversity loss in Europe happened over centuries. The forests weren’t replaced by Monster Joe’s Truck and Tow, but rather farms, villages, churches, etc. What was once unbridled nature has now become part of the bucolic countryside throughout the continent. This is better in a sense (or at least more pleasing to the eye), but it is no less destructive from an ecological perspective. Even in Finland, where whole forests have been replanted (if, for no other reason than the thriving lumber industry), those original forests and habitats have been lost to the eons.

The point is that this is human nature. Using our natural resources in new, creative ways gave us an evolutionary advantage. For most of human history, the damage that could cause was relatively small scale. That is no longer the case.

We recognized in ourselves this need to create by destroying, and therefore the need to protect the bits of nature that were so priceless that they should not be destroyed. We decided to protect the Smokies and countless other parks in the US, as well as in many other nations beyond. We realized that only collective actions and binding laws were sufficient to not pave paradise.

Environmental protection has always been behind the times. We quickly scaled up from local to international environmental impacts, long before actually deciding to protect a few, select, slices of land. And now the need to protect on an international scale is, if anything, long overdue.

Whereas we can easily see the difference between what is protected and what is decidedly not in the Smokies, it’s much harder to see on a global scale. Instead of seeing and feeling the difference, practically side-by-side, we are relying on past vs. present comparisons. No matter how many melting glaciers we see, the psychological impact just doesn’t seem to be enough to spur us on to meaningful action.

This might seem like a trivial rant about progress vs. environmental protection. Nothing could be further from the case. The ability to balance economic development, security, and sustainability is vital to our continued success as a species. The need to keep resources in the ground (and/or undisturbed) will either be fulfilled, or we will face the dire consequences.

While national parks are the most visible forms of environmental protection, they are not the only ones we should be pursuing. They are important, and should be a part of our broader, long-term, environmental strategy. But only a part. Without other efforts to create a sustainable future, these parks will become surrounded and isolated–truly artifacts of a bygone age. Without more environmental laws and protections, we are merely creating large, enclosure-free zoos, instead of actually preserving nature.

← Death by a Thousand Empty Inboxes
The Epilogue →