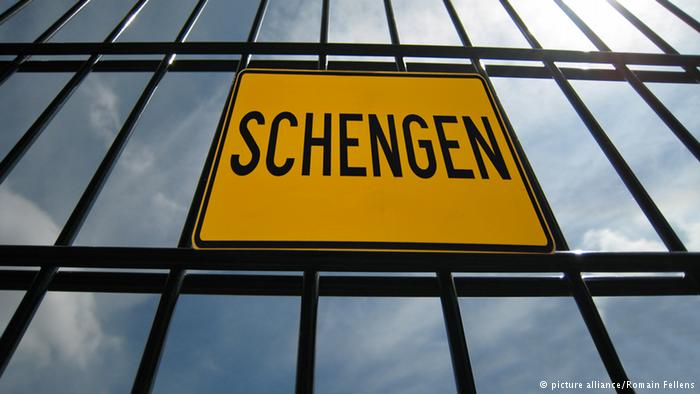 Author’s Note: I started writing this post on January 10, 2016 after being stopped at the border between Denmark and Sweden. I wrote it purely for some peace of mind, and then revisited it with some new thoughts in March. The day I was planning to release it the Belgium attacks happened, and it didn’t seem appropriate at that moment. However, the ideas of freedom of movement and the extension of civil liberties are important, especially in light of forces seeking to take those freedoms and liberties away. It is important to stand up to the threat of Islamism, but it is even more important not to let fear and hatred drive our narratives. Moreover, it is important not to conflate terrorists with those seeking to escape them. It is one thing have our rights violently taken away by extremists who love death more than we love life, but it is an altogether bigger tragedy to willingly cede our liberties and way of life because of fear.

The border control was especially jarring due to where it occurred. Although Sweden and Denmark have a long, bloody history of fighting each other, their days of Viking conquest are long behind them. Today, you’d be hard-pressed to find better political and economic allies than these two Scandinavian countries. And yet, as soon as we crossed the bridge–a physical and symbolic connection between these two ancient foes–Swedish authorities checked our passports, despite the decades-long tradition of free-passage.

The stop might have been a nerve-wracking minor inconvenience for us, but it’s far worse for the 17,000 Danes and Swedes take this bride every day as part of their commute. The 16-kilometer bridge and tunnel system connects the Danish capital, Copenhagen, with the third largest city in Sweden, Malmø, so there is a substantial financial benefit to keeping these two cities (and countries) physically linked. Since imposing border checks the commute between the two cities has doubled. This barrier now represents an impediment to commerce as well as people, and businesses have been forced to adjust.

These newly implemented border checks are in response to the Syrian refugee crisis. There’s a lot of fear, both in Europe and abroad, about how this will all shake out. It is a test to one of the fundamental aspects of a unified Europe: open borders.

Can European countries continue to espouse open borders and free trade as philosophical cornerstones? At what point does fear of incoming immigrants override the desire to extend human rights and liberties to all people within European borders? Is it just a speed bump on the road to globalization? Or is it the beginning of a detour on an unpaved road through parts unknown?

People are naturally fearful. For hundreds of millions of years of evolution, that fear of the unknown could have been the difference between being a meal or not. There was a selective bias for those who were afraid of that rustling noise in the bushes. There was no Darwinian punishment for guessing that the mysterious noise was a lion, when it was really just the wind. However, there was a major problem for those who assumed that lion was nothing worth worrying about; they would become dinner, genetic code and all. Fast-forward through the eons of time, we still find ourselves afraid of the unknown.

For most of human history, we’ve known closed borders, legal and physical barriers to entry, and innate xenophobia. Our experience tells us that any peaceful period is just a prelude to war. We’ve known that our modern allies will likely be our future enemies. This is what we know, because these statements about international relations and human nature were as true as the Theory of Gravity.

This is why the European experiment is so important, because it tries to rewrite the laws of international relations. It says despite cultural and linguistic differences, despite past conflicts, despite the seemingly unstoppable tide of periodic human aggression we can change the narrative. We can stop the next great European war before a shot is fired. We can create a new way forward for Europe and humanity. We can essentially erase borders, and allow for more civil liberties within our borders.

These are big ideas, and implementing them has taken a great deal of work. So far, it has been very successful. Of course there have been difficulties with the currency (thanks, Greece), and difficulties when it comes to differences of opinion or policy. It’s not perfect. No system is, and democracy, for all its inherent value, is messy.

No, it’s not perfect, but it is scary. The weight of human experience and the fear therein compels us to put up barriers. “Build a wall!” the U.S. anti-immigration crowd screams in unison. A wall isn’t scary because it’s what we know. Civilization’s earliest cities had walls to keep out the undesirables.

Perhaps walls aren’t scary, but they are one thing: ineffective. No wall in the history of humanity has worked. People go around, under, over, or sometimes just through (often with the help of unscrupulous gatekeepers). Even a wall that largely served its purpose, the Berlin Wall, became so hated as to act as a singular symbol for that repressive regime. The thing that kept the most illegal immigrants out of the U.S. since 2008 hasn’t been the wall, but the faltering American economy.

The point of all of this is that we have a choice in the society we choose to build. We can choose to close our borders, suspect all foreigners, and eventually settle disputes with all-out war, or we can do the opposite.

Opening borders to the free movement of people and goods has been one of the key factors to reducing warfare between states over the past century. Even when counting the two World Wars, the 20th century was the most peaceful one in human history (and very likely pre-history, too) when accounting for per capita deaths from warfare. In the 70+ years since the end of World War II, armed conflict has continued to diminish as democracy flourished, and trade barriers came down. 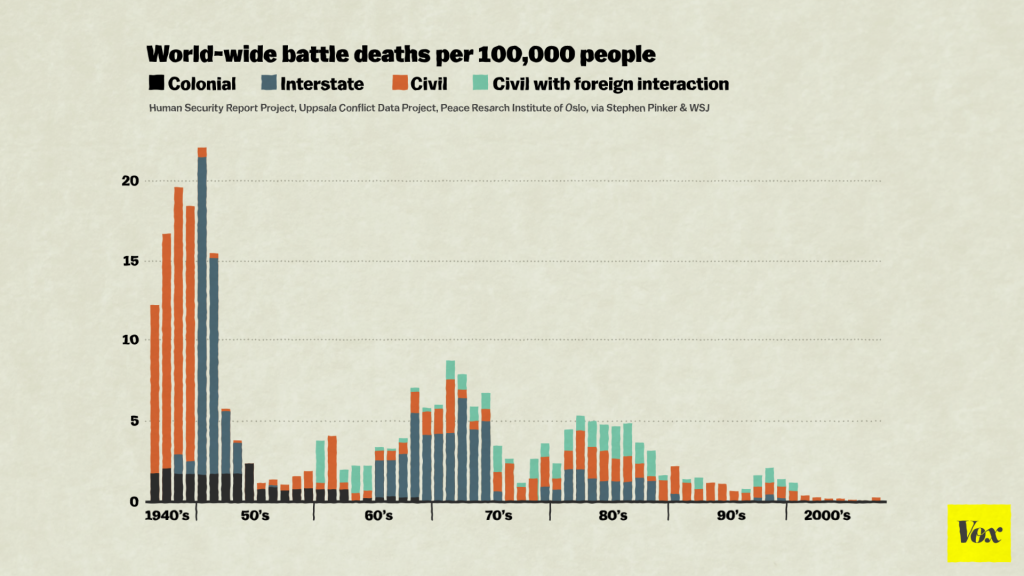 These are scary times for us all. I don’t want to diminish that fact, but for me it is far scarier to revert to a world where France and Germany (or even Denmark and Sweden) are mortal enemies than it is to move forward in a world where we’re all forced to become more multi-cultural, multi-ethnic, and multi-national. The latter is a world we’ve been creating for some time. On the road ahead there are dangers, twists and turns, and unforeseen problems. Are they worse than the ones we’ve already relegated to the past?

We can either continue building bridges, or we can go back to building walls. If we truly believe that our Western liberal values are not just different, but superior, we need to continue with our convictions in the face of adversity.

2 comments for “Overcoming Fear and Standing For Our Values”