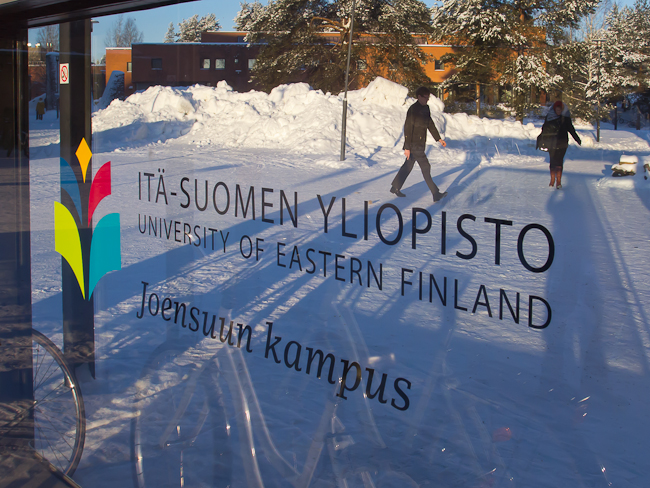 There’s a reason I ended up in Eastern Finland, and it’s not for the weather or abundance of mid-winter sunlight. No, it’s to study. While the program–Master’s Degree in Environmental Policy and Law–was appealing, the price tag was even more so. The program is free, like all programs in Finland at the moment.

Now, I know the very idea of “free education” is sure to raise some conservative hackles, but let me just first address the obvious: by “free” I mean “state subsidized” and I have to pay for my living expenses. So to me, it’s free to attend school, and certainly a better option than running up tens or hundreds of thousands of dollars for a law degree in the states.

The matter of free higher education has been a point of contention between myself and my conservative or libertarian-leaning friends recently. Particularly with my own dalliance in the subject. And particularly with so many Americans “Feeling the Bern.”

The first and loudest complaint is that nothing is “free.” Sanders himself concedes that the cost of free tuition for all Americans is around $70 billion a year. That’s a hefty chunk of change, and no one, myself included is arguing otherwise.Then again, it’s about 1/9th the size of our defense budget, and we’d actually be building a country (ours) instead of destroying one for a change.

But let’s for a moment shift the question from “What would free tuition cost?” to “What does the current model cost?” American students have accumulated $1.2 trillion in student loan debt, with over 7 million student loan defaults. That’s $1.2 trillion that is perpetually tied up, not contributing to the economy. And that’s 7 million adults who will struggle to get a future loan. It’s a cost that prevents young Americans from buying cars and homes. It’s a cost that makes Americans think twice about their next purchase or next meal out. It’s a cost that prevents Americans, particularly the poorest and those who would most benefit from higher education, from even considering college in the first place.

And finally, it’s a cost that is driving more Americans, like myself, to seek higher education abroad. It might be a trickle now, but as costs continue to climb and more American seek a more affordable and exciting alternative, it could become a serious brain drain for the American working population. I know a few Americans at my university, and most have very little desire to return Stateside.

Another article I’ve seen tries to take a moral stand, “College/life should be a struggle!” As if there’s an intrinsic value to pain and suffering. But it’s an empty stance, and intellectually dishonest. The idea that earning a college degree isn’t hard, or that you wouldn’t have to work to pay for living expenses is ridiculous. Life certainly is hard, but how hard does it have to be? Moreover, should those coming from a poor family have to suffer more than their wealthy counterparts? And upon graduating, is it really in our best interest to keep disadvantaged Americans poor by forcing them to pay back tens or hundreds of thousands of dollars in student loans in the prime of their life? In short, does the current system not disincentivize upward social mobility?

Even if you believe college students should suffer in order to earn their degree, students today are suffering far more than previous generations. In 40 years, the adjusted-for-inflation costs of in-state public tuition has nearly quadrupled, and private costs have more than tripled. Whereas students in the 1970’s could reasonably pay for their school as they went along, today’s students cannot.

The author of the above article, when not gratuitously inserting mindless, empty memes, goes on to make doomsday predictions about what free education would bring about. There would be no plumbers! Educated people will expect money! Cats and dogs sleeping together! Mass hysteria! His first claim about blue collar jobs is easy enough to debunk for anyone who has been outside of the U.S. (which I suspect this author has not). Denmark still has plenty of plumbers and McDonald’s employees to go around, even with free education and a much higher minimum wage. As for his second claim, that educated people will expect to be paid more: well yeah, that’s kind of the point, isn’t it? While academia is surely not the only path to increasing qualifications, it is certainly one of the main avenues. It’s also a much more egalitarian one. Regardless of background or connections, incoming students have an opportunity to improve themselves and their positioning in the marketplace.

The difference between earning a high school diploma and a university degree over the course of a career is estimated to be over $800,000. The difference between a bachelor’s and master’s is about $400,000. Or, to put it another way, a high school graduate who would get a bachelor’s and master’s–if given the opportunity–would more than double their life-time income by continuing their education. In turn, they would be contributing back to the system through higher taxes, and not continue to be a dreaded and reviled “taker.”

“But, but, but,” I can already hear you saying, “why should we subsidize a student’s higher education when there is inherent long-term value?” Ignoring for a moment that you’re making my point (i.e. America should be making good investments), let’s for a moment think about the mindset of your average teenager. Imagine working a minimum wage job, never having lived away from home, never having more than a few hundred bucks in your bank account, and being forced to make a decision as to whether it is prudent to take on $35,000 in debt (the average debt for 2015 college graduates in America). To the outsider, it might seem like a good investment, but for an 18-year-old, it’s absolutely terrifying. Also, graduation is by no means guaranteed. If the would-be student eventually drops out, as over half of incoming university students do, they are left with a sizable debt and reduced opportunities to pay it off. Scary, indeed. 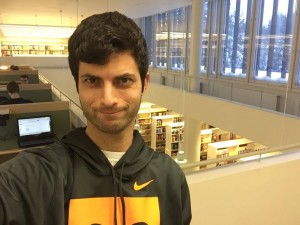 From East Tennessee to Eastern Finland. Also, I need a haircut.

So, what has my experience been so far in Finland, one of the best educational countries in the world? Really, really positive. The program has about 20 students from 5 continents, all with very diverse backgrounds. Often I learn more from my classmates and their experiences with environmental problems than I do from my professors. The facilities are very good, and the subject matter is something I’ve wanted to study for a very long time.

Some have suggested I should feel guilty about taking advantage of the Finnish system. I do not. The university received over 120 applications for the program, and they were under no obligation to take me. Nor, for that matter, was the government of Finland obligated to grant me a resident permit. They only required that I could prove I had enough savings to sustain myself throughout the year, and I complied. In turn, I’ve been paying rent, buying food, going out for drinks and the occasional movie, all of which contributes back into the Finnish economy.

One of my Finnish friends suggested I should go a step further if questioned about coming here for a free education, “Tell them, ‘Yes, I’m here to take your jobs and women, too!'” I certainly wouldn’t go that far, even if I were single and needed a job. I generally like not getting my ass kicked.

Obviously the free education is a big reason why I chose to come here, and I’m extremely thankful to the University of Eastern Finland and the Finnish government for affording me that opportunity. But it’s not just me. I might not have a future in Finland, but surely some of the foreign students will. And aside from just financial value–euros and cents–there is a cultural value to allowing students from all over to congregate in the otherwise nondescript city of Joensuu. The city is connected to the outside world, and exposed to new ideas and cultures, just as we are in the program.

My last thought on the topic (I swear!) focuses on freedom. The word “freedom” gets tossed around pretty casually these days, and always within the context of either losing or maintaining it. In my view, free education does more than just maintaining freedom, but extends it. It allows for opportunity where it previously didn’t exist. It allows for upward mobility, and a chance to explore new ideas and cultures that you never would be able to otherwise. And of course, freedom isn’t free, but ultimately the benefits outweigh the costs. I understand why free tuition might be unfeasible in America, but making it affordable would be a good start.