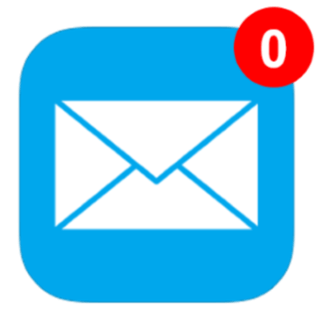 “Lost in the Supermarket”
-The Clash

I usually know after a couple of days. What starts off as hope, slowly and inevitably turns to dread as the hours, days, and then weeks drag on. The first days are usually the most exciting. By the time the rejection letter shows up–if it shows up at all–any hopes of getting an interview, let alone a job, have long since vanished.

I want to call, and scream, and plead with someone. Anyone. Anyone who would listen. Please! Please just call me in for an interview! Please, I have to be somewhere near the top of the pile! If not yours, someone’s? Fine, no interview, just give me some feedback! Someone, tell me how I can crack the code and get my foot in the door?!

But like so many things these days, it’s so impersonal. Even when there is someone to contact, they’re rarely the ones actually doing the hiring. For some of the biggest companies, the whole thing is outsourced, my CV and life subjected to an algorithm of some Very Smart Person’s design. Sorry my application didn’t include enough buzzwords. The rejection letter, too, is impersonal.

Thank you for your interest in the position of [insert position]. Unfortunately we have not decided to pursue your candidacy any further. We will keep your information in our database, but don’t ever expect anything to come off it. And please don’t contact us, you’ll just end up embarrassing yourself.

Until then, I sit and wait, watching my inbox.

Fridays are the worst. Well, Fridays and Mondays. As Friday comes and drags on, my inbox still showing no new messages, I feel the weight of another week passing by without a hint of progress. As Mondays roll around and I watch people go to work (and even complain about it), I look on with a strange jealousy. HR directors must know this, because it seems their favorite times to send rejection letters (once again, long after all hope has been abandoned) are on Mondays and Fridays.

A few months ago, I was feeling particularly buoyant and hopeful after completing my Climate Reality Project Leadership training. The 3-day conference in Berlin wrapped up on a Thursday. On Friday evening I got two rejection letters in my inbox. On Monday, two more. It wasn’t even 10 AM yet. The week had just begun! Should I somehow feel accomplished? My rejection letter was so important to the HR department that it was either the last, or first, task of the week!

It wasn’t until months later that I realized this was the moment I stopped sending in applications altogether.

“Message in a Bottle”
-The Police

Of course, job applications aren’t the only source of hopelessly waiting for the smallest of rewards. We do it to ourselves every single day on social media. How many people liked my Tweet? How many people commented on Facebook? Who swiped right? The little red dots on our apps are like candy for our brains. A sweet dopamine hit for our senses. But it’s never enough.

There’s an inherent problem in trying to quantify social success. A joke at a party might fail, might get a few chuckles, or might have the room roaring in laughter. Our social success is judged by many shades of grey. And what might bomb one night, might have them cracking up the next (or, perhaps after a few more drinks). The point is that you’d never judge a good evening by anything “tangible” (or at least countable) as social media sites offer us.

I’m certainly not the first commentator to say this, but instead of connecting us, social media does quite the opposite. Some deep, lizard part of our brains cannot help but be fuelled by that instant gratification of a retweet or a like. It distracts, and worse, disconnects us. We look online for jobs, friendships, even relationships, and often come away even lonelier than we’d feel otherwise. 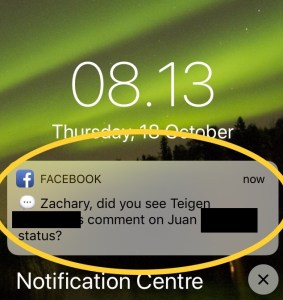 In recent months I’ve all but given up Facebook. I haven’t yet taken the drastic steps of deleting the app, let alone my profile, but I no longer check it daily, or even weekly. And you know what? I don’t miss it. At all. Facebook did not give up without a fight. As I wrote about last year, Facebook isn’t shy about trying to bring wayward users back into the fold. Hey Zach! Tina added a new photo! Zach! Jen added to her story! ZACH!!! JOHN COMMENTED ON BEN’S POST!

My Facebook hiatus has also coincided with a steady improvement in my overall mental wellbeing. I’ve slowly climbed out of the depths of a nasty and lengthy depression. I’m not saying that Facebook is responsible, but it certainly didn’t help. When you are forced to compare yourself to others, who are either doing better or pretending to do better (as is more often the case on social media), it has a deleterious effect on mental wellbeing. And when that mental wellbeing is already fragile, from say a year and a half of a personal and professional shitshow, those seemingly small instances of other people’s personal success can amplify the feelings of failure.

“There’s Always Someone Cooler Than You”
-Ben Folds

To bring this discussion full-circle, I also gave up LinkedIn. For a year I believed that trying and failing was better for me than not trying at all. And for months, as the rejection letters piled up, my depression deepened, and my anxiety attacks increased in both frequency and regularity, I continued to believe it.

I had to let it go. For my sanity. For my life, even. LinkedIn was even worse for me, psychologically, than Facebook. Here are hundreds and thousands of posts, either promoting the thing I want most in the world–a job–or people (or the site itself!) talking about their own professional successes. In a different mental place, it wouldn’t hurt, but after so many rejections over so many months, it did.

I had to take a break from LinkedIn, or LinkedIn would break me.

This wasn’t even a conscious decision. But, months later, upon returning, I can see why it was necessary. Congratulate Chris on his new promotion! Brad is celebrating his 5-year anniversary with his company! So on.

It’s impossible to be happy when we’re constantly comparing ourselves to others. And this is a feature, not a bug, of social media. On one hand, you’re waiting for others to validate your existence, and on the other, you’re watching people present themselves at their best (whether real or fictional). In either case, it’s not healthy.

Stepping away from social media doesn’t solve the problem of waiting for that coveted email that invites me for that interview (or more). The way the modern, impersonal, hiring process works, that seems all but inevitable. But in the meantime, I can at least fill those hours with something more meaningful than waiting for that little red dot on Facebook or LinkedIn.