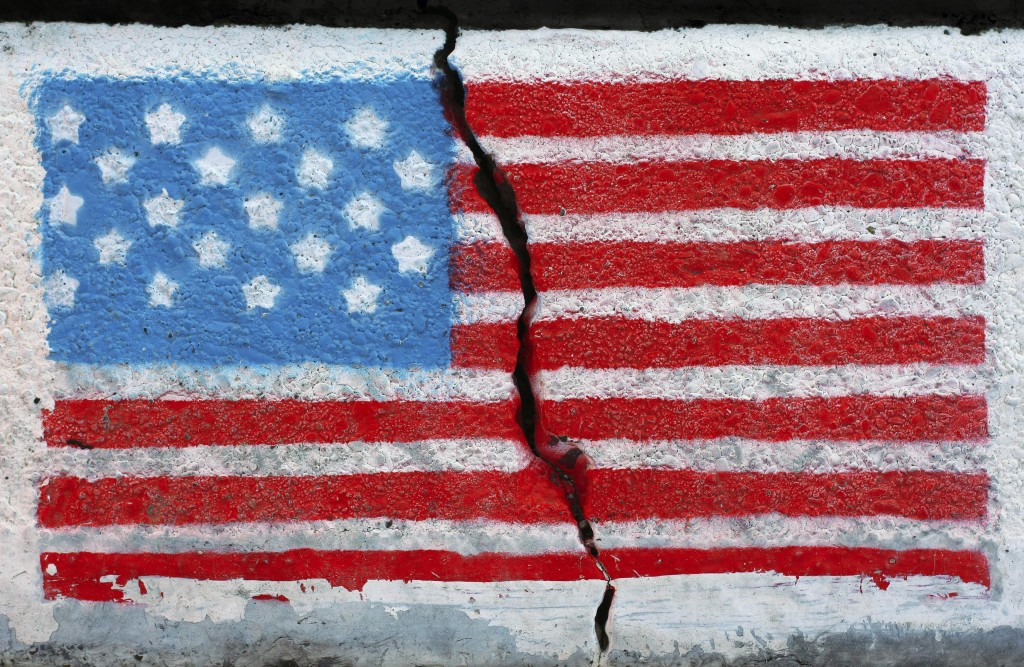 The tone was anger–no, it was more than anger. It was rage–vitriol spewed at enemies foreign and domestic.

I tried to clear my head and finish the blog post I was working on, but alas, I could not. I was 500 words into a post about the New Horizons space craft (a post I would never publish). The date was July 14th, 2015. It was the fastest spacecraft ever launched, leaving Earth at 36,000 miles per hour. In a relatively scant nine years, NASA engineers had guided this endeavoring little spacecraft to the edges of the solar system, courtesy of a gravitational boost from Jupiter. On this day, New Horizons would make a brief-but-historic flyby of former planet, current dwarf planet, Pluto. It was a great moment for the scientific community and humanity, but it was hardly covered by the news. Hell, it wasn’t covered by me either; my post was eventually abandoned, joining the virtual scrapheap of other would-be blog posts that I’ve never published for one reason or another.

I know it wasn’t covered by the news, because that was my main distraction. Fox News, in particular, buzzing ambient hate into the room throughout my dad’s Fort Worth home. No, the perpetual hate machine couldn’t report on an uplifting, important news item, not even for one second. They had only one thing on their mind this morning: the Iran nuclear deal. The deal wasn’t discussed in any sort of informative context. It didn’t even get the all-too-typical shouting match treatment with a liberal on one side, a conservative on the other. Instead, it was a constant barrage of fear-mongering–one commentator after another furiously denouncing the deal, denouncing President Obama, denouncing liberals, and denouncing any other person who dares to disagree with their viewpoint.

The pundits didn’t just disagree with the actions taken by the Obama administration, but were convinced that this deal would lead to nuclear Iran and that Iran, in turn, would use those nukes against Israel and other allies. The pundits, of course, conveniently forgot to point out that this deal had specifically been designed to avoid a nuclear Iran, and that four decades of economic isolation and sanctions only increased the danger posed by this Islamist state. The speculation was just that, completely devoid of facts, and filled with emotions.

The little spacecraft waited nine years for its moment of glory, but the occasion passed without the briefest of mentions that morning on Fox News. It raced away from all the planets, dwarf or otherwise, likely to never encounter such a prominent object again for all of eternity.

But the tone remained consistent.

As my post was going nowhere, I signed onto Facebook for some relief, only to see more of the same. It was not as uni-directional, but the tone was the same. Rage from the left. Rage from the right. Rage from the center. Folks, myself included, were posting articles and shouting past one another. This wasn’t political dialogue, it was sport.

And then I left.

Christine and I found ourselves in East Tennessee, camping in the Great Smoky Mountains. In our little tent in Cades Cove, we were completely cut-off from the outside world. No Fox News. No Facebook. No Internet. No cell reception.

Suddenly, all the Facebook debates stopped. I no longer needed to stop what I was doing to respond to something egregious or stupid said by another. I was free to enjoy nature, the simple life, and my new fiancée.

Granted, things went more or less back to normal as soon as I left the park, but for those few days it was glorious. 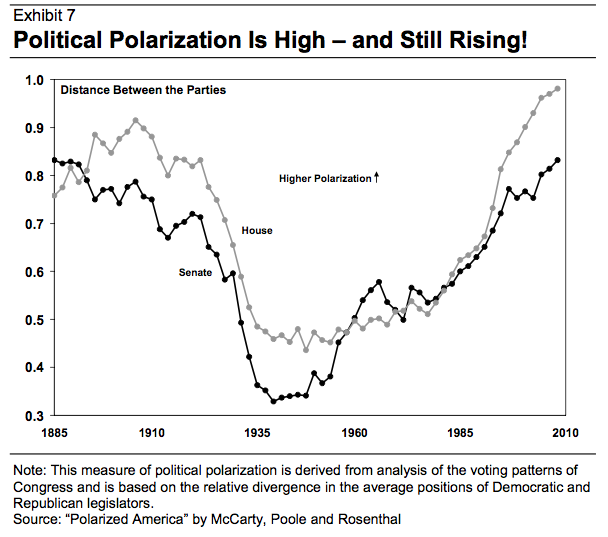 There’s no end to the outrage, and it’s only getting worse as the presidential elections heat up. Climate change. ISIS. Refugees. Healthcare. Education. The minimum wage. Gun control. All of these have been hot topics, and I’ve fired shots across the board.

In short, there are better, more important things in life.

Facebook can be a force for good. I have friends from all over the world, and it would be nearly impossible to keep in touch with them all without social media. But it can also be a distraction, and a force for tearing people apart.

I’m not about to say goodbye to Facebook forever, but I am trying to curtail my involvement with these discussions. Not every horrible status update needs an angry rebuttal. Not every angry rebuttal needs an instant, angrier reply. I’ve been trying–with some success–to limit my responses. Say what I need to say, in as respectful a manner as possible, and get out. Walk the dog. Enjoy a beer. Read a book. Do something real and enriching, instead of hateful and demeaning.

Facebook might seem like a safe place to debate. You choose your friends. You can choose to see less posts from someone if they’re being annoying. You can choose to block them if they’re really annoying. But this has real world consequences. Because we are all choosing the media we consume and the people we interact with, both sides are becoming echo chambers where nary a new idea shall be heard. As such, even the slightest disagreement from someone who doesn’t share your political affiliation can sound much worse than intended. It is a vicious cycle that discourages true dialogue, increases the volume of the echo chamber, and increases polarization.

Speaking of real world consequences, I was recently blocked on Facebook by a friend of nearly twenty years. The reason? I objected to a meme he posted calling Ted Cruz a Canadian rat. The objection I posed was a single sentence, but it was enough for him to decide to end nearly two decades of friendship. I’m hardly a fan of Cruz (frankly, I find his policies abhorrent), but I must draw the line at calling political enemies foreign rats (imagery that, I think we can agree, has been famously used by fascist regimes). So, I lost a friend who I’ve known since high school, who I used to give rides home from school, because of a single sentence. Because of a political disagreement. This is not healthy, either for interpersonal relationships, or for society at large. If I can’t engage in honest and open debates with multi-decade friends, who can I debate?

Public political debates are necessary in any democracy, but this hateful discourse needs to stop. Before writing another word, we need to take a deep breath, and understand that most of us want the same things, we just disagree about how to get there. We need to realize that political opponents are just that, and not necessarily evil for simple disagreements on the size and role of the government.

I do not believe that both sides are equal in creating this sort of toxic dialogue, but I do believe both sides can take active steps toward resolving it. The right accuses the left of being tolerant to the point of intolerance. It is an accusation that is justified, and liberals would do well to listen. Political correctness, along with its associated modern buzzwords such as “safe spaces,” “trigger warnings,” and “micro-aggression,” has gone too far. Speech must have the power to offend, or else it is meaningless. And sometimes our sensibilities need to be offended. Not long ago the mere mention of same-sex marriage was offensive to many Americans. To some it still is, but it is a conversation we needed to have. Yet, there are numerous other conversations we need to have, and often such discussions are shouted down because of fear of offense. We’ve seen universities in America withdraw invitations to speak on countless occasions because of protests to what these speakers might say. This is unacceptable, and quite frankly illiberal. If you are convinced that your side is right, you should encourage debate, not run from it.

In turn, the left accuses the right of being bigoted. Again, it is not an accusation without merit. Instead of being tolerant to the point of intolerance, the right is being intolerant to be intolerant. In many ways it is a backlash (or as comedian Larry Wilmore calls it, a “blacklash”) to a nation that shifted rapidly to the left on social issues following the 2008 presidential campaign. The status quo on gay rights, immigration, the demographic composition of America, etc is changing rapidly. And due to the forces of globalization, people and ideas spread faster than ever before. No wall will change the new world we’re living in, but that doesn’t stop people from being afraid of these changes. And as a wise Muppet once said, “Fear leads to anger. Anger leads to hate. Hate leads to suffering.”

Where does this leave us? Are we destined to continue this political polarization until we’re fighting another civil war? With Trump accepting the Republican nomination on nothing more than a series of insults, it seems this situation will get worse before it gets better. I hope some of you will read this and use some consideration before entering into the next flame war on Facebook, and perhaps take a moment to consider the other side before demonizing them.

← Open Letter to Liberals: Wake Up!
10 Commandments of Facebook Arguments →

30 comments for “Pretty Hate Machine: News, Facebook, and the Culture of Mass Hysteria”