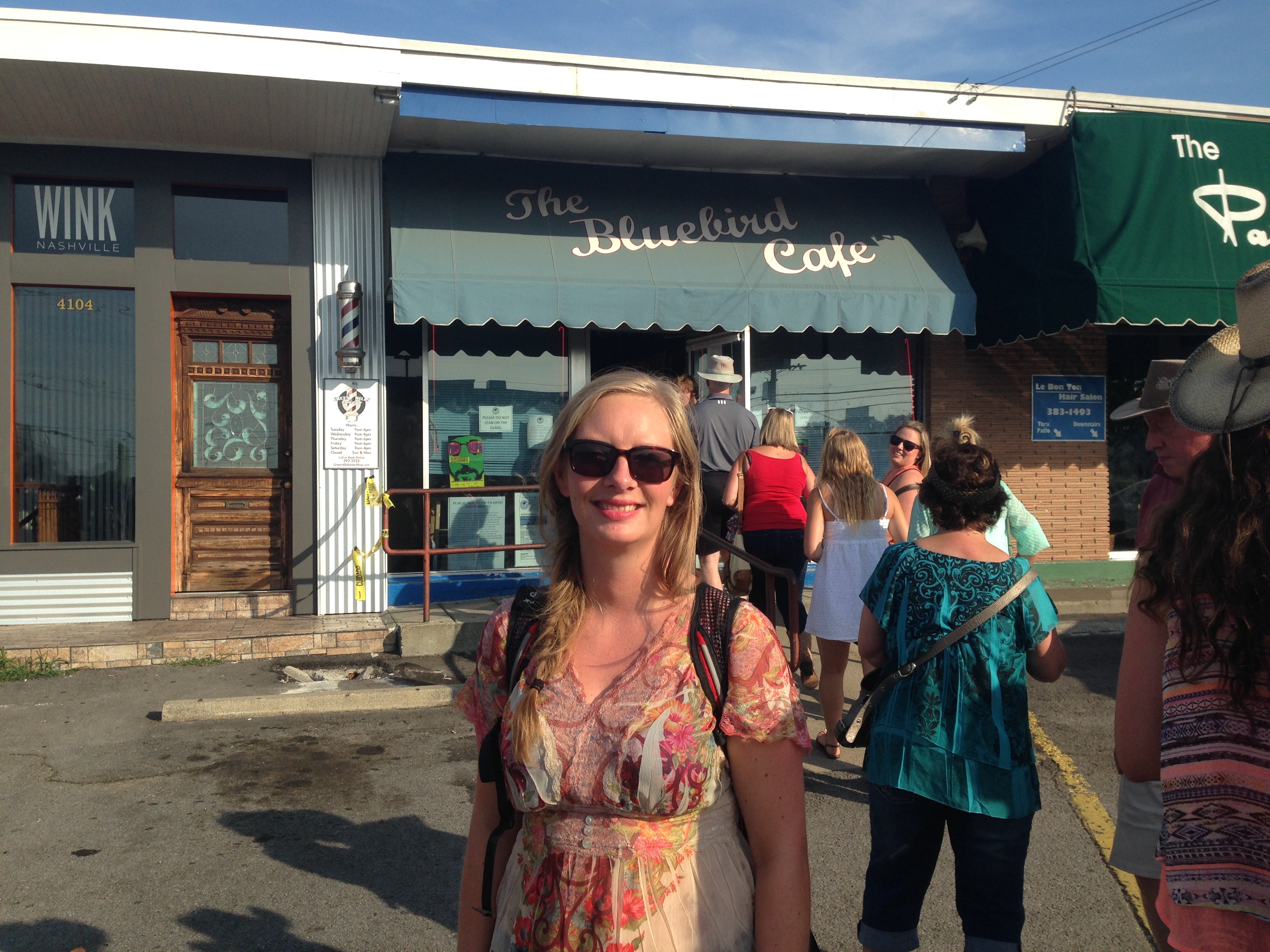 Nashville, long renowned as a hotbed of musical talent, has gained another feather in its hat in recent years–a network prime-time drama by the same name. I’ve never watched the show. I never really wanted to watch the show. Christine, however, loves Nashville.

Prior to our last trip to the U.S. she raved about the Bluebird Cafe, a hole-in-the-wall diner known for discovering up-and-coming country musicians as depicted in her show. I was certain this wasn’t a real cafe, but instead the imagination of some Hollywood producer.

As happens fairly often, I was completely wrong, and the Bluebird plays just as important a role in the actual Nashville as the show Nashville. As such, making a pilgrimage to the Bluebird became an essential stop in our U.S. tour.

This is all good in theory, of course, but actually gaining entry into the 80-some-odd person venue is quite the challenge. Most nights, the cafe sells the majority of spots by utilizing an online queue. As we found out personally, these spots sell out within minutes of going on sale, usually about a week prior to the show. But we would not be turned away so easily. One night a week, the Bluebird conducts an open-mic night. Although first-come-first-served, the competition is just as fierce for audience and performers alike.

We arrived several hours early to the cafe, located just south of downtown in an otherwise nondescript strip mall. Christine and I were immediately turned away by security guards, and told in no uncertain terms that we were not allowed to line up, nor allowed to loiter around the premises. At this point in the proceedings, several other would-be patrons were already milling about just out of the parameters set by the guards. With no other recourse, we joined them around the corner of the building, enjoying the shade and a sandwich while the clock ticked away with typical glacial speed. At four o’clock there was a mad dash to form a line, then confusion as to where exactly said line should be, and then another mad dash to form a line in a correct spot.

Somehow, Christine and I–through a good deal of hustle and an even greater deal of luck–wound up near-ish to the front of the line. So now instead of waiting sitting in the shade, we were waiting standing with the hot Nashville sun on our faces.

In my time abroad, I’ve learned just how much Americans enjoy a bit of mindless chitchat with strangers, so naturally we struck up several conversations with our new queue neighbors. Many came to give moral support for performers, but not all. Regardless, they came from all over the country, and in some cases, world.

We heard first hand about the process of being selected to perform at open mic night. No, not just everyone could walk up with a guitar slung over their back and start strumming away. Rather, they had to call ahead at a specified time and somehow get lucky enough to get through to book one of the 25 available spots. Everyone we spoke to said they had called literally hundreds of times, often utilizing multiple phones in the process. One performer even wrote a song about her 176 calls.

When we finally entered the cool, dark cafe after a couple hours in the Southern summer heat, we were led to a small table with two women already seated. In such a small, intimate venue, sharing tables was an absolute necessity. Luckily, our new tablemates, a mother and daughter combo from Chicago, were good company. The daughter, Claire Kelly, is an aspiring musician who had spent the last several years in Milwaukee of all places as a student. Being a native of the Cream City myself, I immediately started asking Claire all sorts of questions about life in Milwaukee, and probably (and understandably) creeped her out a bit. I can’t help myself at times, but I promise I’m mostly harmless. 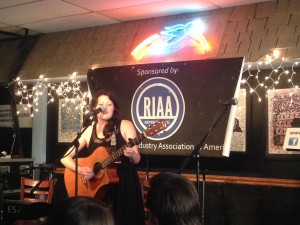 As the performers started, she was visibly nervous as she waited her turn. The experience was unique insofar as I found myself rooting for this person (who had been a stranger just an hour before) to succeed. And we vicariously experienced her excitement and nervous energy as her number inexorably drew nearer, and then her joy after finishing her good performance. And it was a very good performance, easily one of the best we saw that day.

This is not to take away from the other performances. Of the 25 singers and songwriters, around 15 of them wouldn’t have sounded out of place on the radio. A handful of performers were in their teens, one as young as 12, and they all rocked the joint. In fact, the 12-year-old had a particularly catchy tune about hoping an ex was hit by a bus.

It was a great evening, and heartening to see so many young, extremely talented singer-song writers in an industry currently dominated by overly produced, overly sexualized pop tunes. In such a world, The Bluebird is a reminder of the importance of talent, passion, love for your art form, and of course, local support.

Leave a Reply to Zachary A. Marx Cancel reply