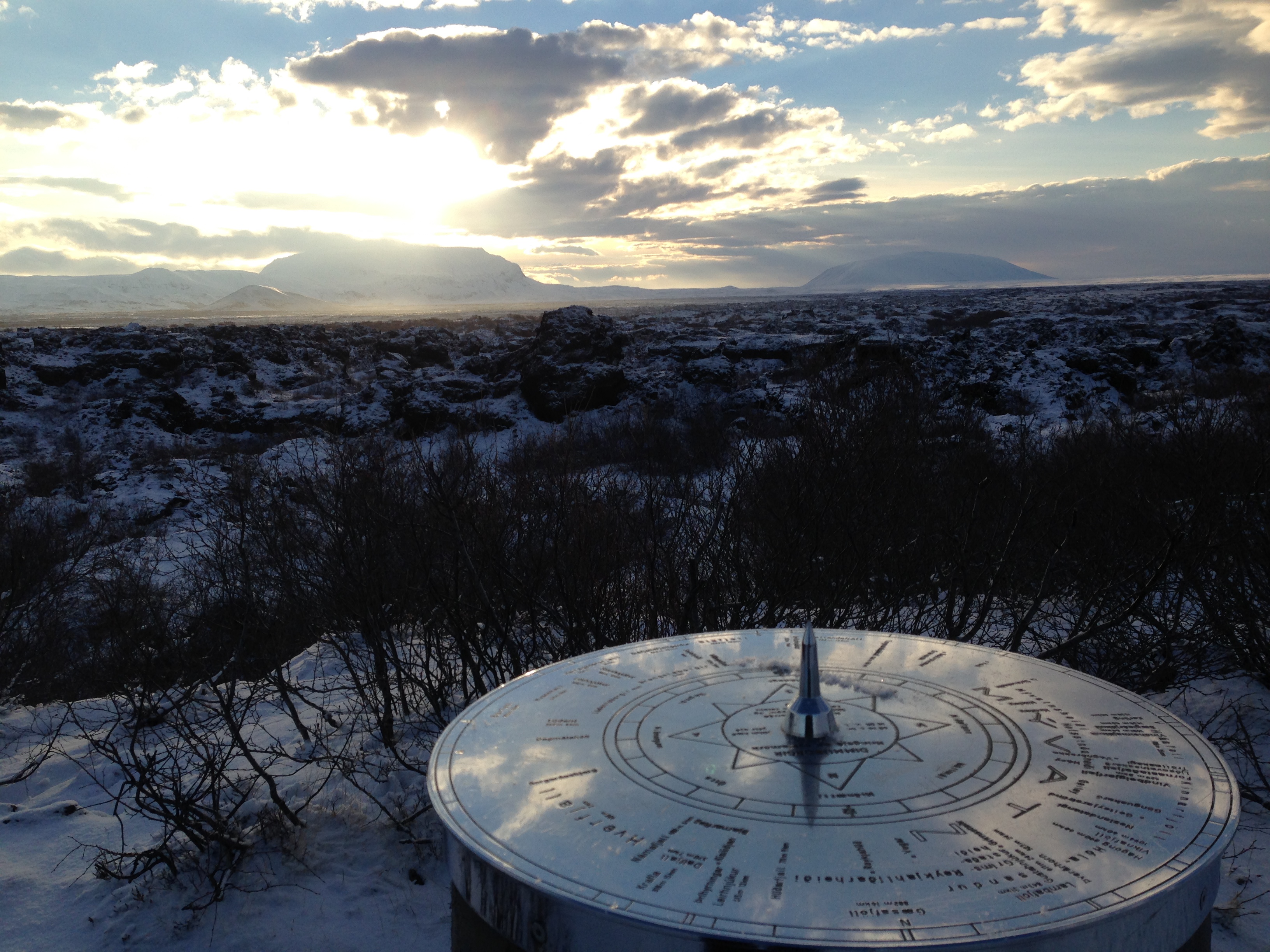 The Sun struggling to rise over a wintry Iceland.

Some mornings, when the air is particularly clear, or the sunrises particularly grand, I take a brief moment to reflect on the grandeur of mere existence. I don’t do it enough, but how could I possibly give All of Existence its due credit whilst still focusing on other daily tasks? The mind is constantly awash with concerns of the immediate future, or events of the immediate past, that the spectacular moments of right now are often completely missed.

There is a myth that atheists cannot or do not appreciate life or have any emotional connection to the universe. As if the absence of a belief in God disqualifies us from our humanity. This couldn’t be further from the truth. With only one life to live, I appreciate the act of existing all the more. As far as I know, my consciousness only exists within this narrow window of life, and one day–less than a blink of an eye as far as the universe is concerned–I won’t be able to experience it, let alone appreciate it.

Of course, none of our human desires or emotions have anything to do with the facts. This is a difficult pill to swallow for many.

However, just because science cares not for the implications of facts, this doesn’t mean that we can’t appreciate the universe despite them.  As I said before, in many regards it makes life all the more amazing. When I breathe the air, the knowledge that I’m sharing the same molecules that were breathed by the dinosaurs, and every plant, animal, and fungi before or since, only serves to make me feel more connected to this 4 billion year biological experiment. 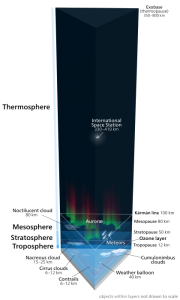 When I look at the morning sky, as black becomes purple, then dark blue, then light blue with brilliant streaks of red, pink, yellow, and orange in between, I consider the fact that this all possible because of the thinnest sheets of atmosphere between me and an unending vacuum. Instant death stretches from just a few miles above our surface to infinite places beyond. Despite our incredible discoveries within our own solar system, and many more beyond, we have yet to find a single rock that would support human life. We’ve evolved on Earth, and therefore any small changes to gravity, air pressure, or temperature makes life at best uncomfortable, and at worst unlivable.

And that narrow patch of comfort is narrow indeed. On our very own planet Earth, the air is noticeably thinner a mere one mile above sea-level. Two miles, and even simple physical tasks like walking or sleeping can become a struggle. Civilizations cease to exist, regardless of their adaptation to high altitude life, after just over three miles. And above four miles, the lack of oxygen and low temperatures make long-term survival impossible. 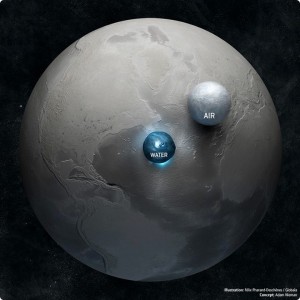 This is all the water and air compared to the size of the Earth. Source: http://www.iflscience.com/

Think about four miles (or 6.4 kilometers, for those metrically inclined). Most healthy adults can walk it in a little over an hour. Four miles, on a planet with a circumference of 24,900 miles (40,075 km). Four miles between life and death. Yes, the atmosphere might extend hundreds of miles more into space, but the vast majority of its bulk embraces the Earth in a tight hug. Even at 200 miles out, the atmosphere is so thin, that it is better than the best vacuums produced on Earth. And despite this knowledge, we continue to pump fossil fuels into the atmosphere, as if changes to the composition of this narrow band of life won’t matter. As if we, and the rest of life, evolved to fit this new world we’re actively and enthusiastically creating.

No, being an atheist doesn’t make me dead to the wonders of the universe. If anything, I appreciate them more. I don’t have a next life to fall back on, and I can’t count on an imaginary friend to fix the problems I’ve created for myself, or that we’ve created as a species.

Knowing that the brilliant colors of a spectacular sunrise are created from the absorption and refraction of certain wavelengths of light as it interacts with our atmosphere does nothing to diminish my awe. Knowing that pin pricks of light are actually complete star systems and galaxies tens, hundreds, thousands, or millions of light years away does nothing to make me feel lost in my place in the cosmos. Knowing that we’re the result of nearly 4 billion years of evolution does nothing to minimize my hopes, desires, and actions in my life.

Although science has slowly chipped away at the notion that we’re special–each major discovery only further proves that we’re far from God’s chosen species–we can still feel special. Astrophysicists Carl Sagan and Neil deGrasse Tyson are quick to point out that we are within the universe, and the universe is within us. We might not be connected to some divine creator, but we are connected to the universe, the Earth, and each other by our shared chemical and biological histories. And if that isn’t enough to make you take a moment out of your busy day to appreciate it all, I don’t know what is.

← In Support of Religious Moderates
Destroyed by Belief →