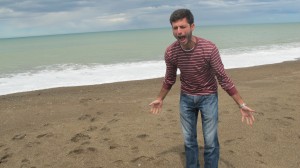 South America made me want to do this from time to time.

Exactly two years ago today, Christine and I were robbed in broad daylight on a Saturday afternoon in Buenos Aires, Argentina. What unfolded from that point forward was an unforgettable, life-changing trip. Was the robbery a low-point in our adventure, or was it the event that made all of the subsequent wonderful things possible?

The Chaos Theory is most commonly summarized in the following manner: A butterfly flaps its wings in the Amazon, causing a typhoon to hit Japan instead of a clear day. A seemingly insignificant event creates an escalating series of knock-on effects, and the future timeline is forever altered.

This story starts with a subway ride in Buenos Aires. Sure, we could have taken a cab, but we decided not to. The train dropped us off about five blocks from our hostel, and we had an option of a couple of different roads to get there. We picked the wrong one. We were robbed less than two blocks from the hostel (and one block from the police station), and the rest of our trip, arguably lives, changed forever.

We hadn’t planned on spending 9 days in Buenos Aires, but the travel gods had other plans. It happened on a Saturday, which was supposed to be our last night. Instead, we spent the day at the police station, and couldn’t leave the city until the U.S. Embassy replaced my passport. Of course, the Embassy was closed over the weekend, so we waited around. We tried to enjoy the San Telmo antique market on Sunday, but the recent events weighed heavily on our minds, making it difficult to appreciate the city’s charm.

After spending most of Monday at the Embassy, I had my temporary passport, and I was ready to go. Unfortunately the buses were not. Or rather, the bus drivers were not; they thought it was a great time for a strike. 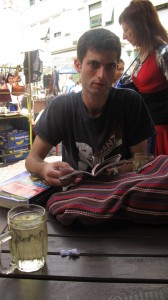 Not even a beer could cheer me up the next day.

This being South America, the bus company didn’t tell us about the strike straight away. Instead, we sat in the shady bus terminal for hours, afraid to even go to the toilets, only to find out well after midnight that the bus wasn’t leaving that night. They assured us we could use our ticket the next day, assuming the strike was over, but we absolutely could not have our money back. Not wanting to spend the night at the bus station for a well justified fear of being robbed again, we called the hostel where we had been staying–Puerto Limon, whose management we cannot thank enough–to ask if they still had space available that night. The hostel manager, having already helped us through our robbery fiasco, and booked our bus tickets, had only one thing to say when hearing about the strike, “Jesus, man.” He then hooked us up with a free night’s stay, and we were certainly in a position to accept his pity. The next day he explained that in four years of booking with this company this had never happened before. Yeah, this is the sort of luck we were having.

Late Tuesday night, we finally left Buenos Aires behind, three days late. We’ve never been so happy to take a 20-hour bus. What transpired from there was the most amazing couple of months we’ve ever experienced, and it simply wouldn’t have been the same trip if everything had stated smoothly. The Chaos Theory can have far-reaching impacts when months are involved. Essentially, the whole trip would have been different.

I start by playing the scenario out in my mind: if we left Buenos Aires earlier, we would have never met the helpful Danish couple in Puerto Madryn. While our hostel owner was only interested in selling us expensive tours, this couple introduced us to another hostel owner who gave us detailed instructions on how to best appreciate the area. Without his advice, we would have never rented a car, and it’s likely we would have never seen the penguins, whales, dramatic Patagonian sunrises and sunsets, or the dramatic, but fruitless search for the orcas.

If we had left Buenos Aires earlier, perhaps we would have left Puerto Madryn earlier. From there, maybe we could have gotten the ferry from Puerto Natales, which wasn’t running when we arrived, due to suspicious and ambiguous “mechanical issues.” I certainly would have never shared a bottle of wine with Christine in a run-down hotel in Punta Arenas, and never would have had the chance to ask her to be my girlfriend. Maybe we would have had that conversation elsewhere, but then again, maybe not. If we never get robbed, do we even fall in love? Perhaps, but the early adversity only added fuel to the fiery early days of the relationship. It quickly became “Us against South America,” and we’d be damned if we let it beat us.

If we managed to catch the ferry from Puerto Natales, we end up in the Lakes District, far away from Santiago, and never have the pleasure of meeting and couchsurfing with Alex and Fernanda. Alex and Fernanda are just two of the dozens of interesting people we wouldn’t have met if things had just started out a bit differently for us on this trip. We would have met completely different people along the way, and based on their suggestions, or the suggestions we never heard, there are a lot of experiences we would have missed out on.

This mental exercise is also a good reminder about the importance of taking time to enjoy the experience. Too often we are caught up in the momentum of travel, we forget when to stop and appreciate our surroundings. Sometimes, indeed oftentimes, the best things to see are not in guidebooks. Had we taken a different route, or even a different day, we would have never heard about or considered spending a night at Isla del Sol or on a five-day public ferry up the Amazon. Without any of these experiences, our trip simply wouldn’t be “Our trip.” Maybe in some alternate dimension, we went on this alternate, less dramatic trip. Maybe we even enjoyed the alternate experiences and companions as much as we did in this universe, but it’s still not the same, and I wouldn’t want it any other way.

And if nothing else, at least being robbed gave us a story to tell. 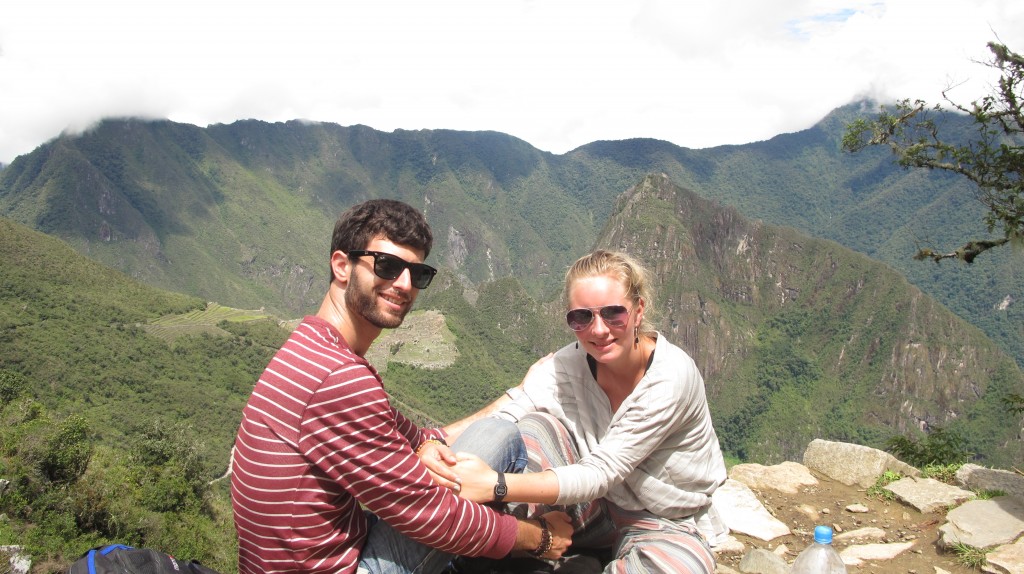