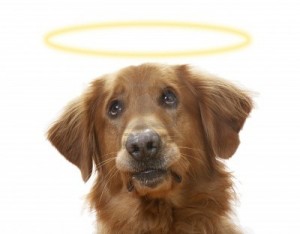 In the beginning, Man created gods. The gods were jealous, capricious, and spiteful. In fact, the gods were a lot like Man, but that’s quite besides the point. The gods quickly made a hash of things. They started requiring man to go against his natural instincts. They banned all sorts of sex, and all the fun sorts, too. They demanded chastity for the women, yet allowed double-standards for the men. Women pleaded with the gods, “How can we remain chaste whilst the man-folk go around having sex with whomever they please? Also, this doesn’t seem mathematically possible.” The gods had confused looks upon their faces, so the women continued, “You see, if the population is roughly half women, half man…”

“You mean ‘half MAN, half woman!'” the gods retorted.

“Oh, OK, well, the point is that men can’t have sex with women AND the women remain chaste.”

The women then started drawing a diagram for the gods, further trying to prove their point, when the gods demanded the women shut their damned traps, told them there was no room in religion for math or logic, and added, “If you don’t remain a virgin until your wedding day, you shall be stoned to death, and no, we’re not talking about the fun kind of ‘stoned,’ we’re talking about killing you with large fucking rocks.” Man looked upon the gods, shrugged his shoulders, and remarked, “Shit happens.”

Man thought the last bit was especially curious, since Adam and Steve had always been “That way,” and they weren’t really bothering anyone. Dejectedly, Adam and Steve would remarry women, and lead unhappy, sexless marriages. Their wives started a weekly knitting circle, if only to vent their frustration–sexual and otherwise–and of course, keep their fingers occupied. The gods were very pleased.

The gods saw Man conforming to their new edicts and thought, “Wow, that was easy, I wonder what other crazy shit we can get them to believe?” They quickly went about establishing new dietary laws and clothing restrictions.

“Hey you!” the gods called out, “Put down that cheeseburger! And bacon? Are you mad?” Man tried to explain that the double bacon cheeseburger was one of the great creations in existence. Man briefly considered worshiping the God of Bacon instead, but decided that there was already had enough trouble with the gods already available, and thus decided against it.  He sadly scraped off the delicious cheese and bacon, and ate his rather plain burger.

Alas, the gods were not finished with their demands. “No shellfish and no meat on Fridays!” they declared. Man was beginning to get a wee bit hungry and asked the gods, “Why did you create such delicious animals, only to forbid us from dinning upon them?” Again, this sounded too close to logic for the gods, and the question was promptly ignored.

Frustrated by the gods, though unsure what to do about it, Man created other things to fill His time. He created beer. Some gods were displeased with this, since even drunken logic was enough to tear down their not-so-well-constructed stories. But not all gods were opposed, so Man kept drinking. Man then created money in order to better exchange beer. Now the gods were interested.

The gods demanded ten percent of all money. “Ten percent!” Man cried, “You are eternal, ethereal beings. How could you possibly need money?” But Man dutifully started paying the gods anyway, even if ten percent did seem like an unreasonable cut for gods who didn’t seem particularly interested in doing anything on a day-to-day basis.

For some, this was a bridge too far. Instead, they started worshiping money, built their own little empires, and called themselves “Job Creators.”  The Job Creators wished to be worshiped as gods, but to their surprise, they were largely told to, “Fuck off.”  “But,” Man added, “if you could hire us to shine your shoes or whatever, that would be great because we’re precariously low on beer money.” The Job Creators promptly created vast multinational shoe and shoe shining corporations, and sued the ever-living shit out of that guy who claimed that shoes and shoe shinning were his ideas. And then they hired a fraternity brother to be Senior VP of International Shoe Shining.

All of this was getting pretty depressing for Man. Other than beer, His inventions had caused a lot of misery. His gods were running, and ruining everything. Money seemed like a good idea, until some people had virtually all of it, and others none at all. Now the poor people couldn’t even afford Man’s one good invention, beer.

Then Man had a brilliant idea. Man created dogs. The dogs were happy, obedient, and usually came running when called, unless they sniffed something interesting, or possibly not there at all. Dogs did not demand that Man only have one dog, or that He should persecute owners of a different kind of dog! Man quickly labeled dogs His best friend. Man briefly thought about worshiping the dog, but after some brief experimentation with the idea, He saw the dog was, in fact, worshiping Man. This was an odd turn of events, indeed.

The gods needed constant worship, attention, and now, money. Beer was more or less neutral, and while money did not need to be worshiped, people did anyway. Dogs, on the other hand, looked lovingly at their owners. They were grateful for the food they were given, or any bit of attention thrown their way.

The dogs did not impose limits on humans. They didn’t care when, how, or how often the humans had sex. They didn’t care if Man touched Himself (dogs would display this casual attitude toward self-pleasure by licking themselves vigorously whenever possible, almost in a display of one-upmanship). Dogs didn’t care what Man ate, so long as they were entitled to a few table scraps and whatever fell on the floor. Man especially liked this part, because mopping can be a cumbersome activity. Also, dogs, unlike gods, were useful! They helped Man herd other beasts, protect His home, and helped the blind see. And finally, dogs had no concept of money. Dogs had no need for it, but that didn’t stop Man from spending way too much on His new favorite companion.

Man looked upon dogs and said, “They are good.”

← Behold, The Wonders of Couchsurfing!
Taxation without Representation →