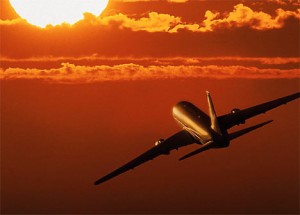 A little less than a year ago, I found myself watching the Brewers ill-fated playoff run online, while chatting with my cousin Danny and my uncle Robert. Well, the Brewers were getting spanked and during the lull in action (which in baseball, is pretty much the whole game) uncle Robert asked how long I was going to stay in Korea. I said, matter-of-factly, “Until I’m finished.” I honestly didn’t know at the answer at the time, nor did I know it until about a month ago.

About that time, Christine (of India trip fame), invited me on another epic adventure, this time to South America. I quickly got to work trying to secure the necessary time off, but as the weeks dragged by, that seemed less and less likely. I made a decision that if my vacation was not approved, I would just go travel with Christine for the full two months, instead of the one I had been planning on. Then, a funny thing happened in my brain: I found myself secretly hoping that my vacation would be declined, forcing my hand, along with my resignation, and pushing me on to the next adventure in life. Suddenly, I knew: This Korean Life was coming to an end. I was finally finished with Korea.

Two weeks ago, I turned in my letter of resignation to Gyeonggi English Village in Paju. It was a seemingly anti-climatic event. The HR director, while not happy, was understanding of my desire to return home. He called my letter, “Beautifully written,” which is a weird compliment to get under the circumstances. We shook hands, and that was it, I went back to work. I had another two months of work ahead of me, including most of our summer Vacation Intensive Program, VIP, so it didn’t quite feel “real.”

And then, during a seemingly uneventful Tuesday, it hit me completely by surprise. During VIP, I was the Movie Club leader, and we had just finished up our last club time of the camp. In fact, it was my last club time ever. This was my first in a series of lasts. It was an emotional moment for me, as I reflected back on a good year at English Village, and two good years on the Korean Peninsula.

The end of Movie Club was only a small example of the pleasures would be giving up to pursue other career options in lands yet unknown. From now until October 8th, I will experience my last galbi, my last kimchi, my last cheesy joke with Korean students, my last ride on the Seoul metro, my last sunset over North Korea, my last game with the Kimchi Kickers (not to mention my last post-game beer), and countless other things.

This isn’t a post to lament the passing of my Korean Life, but instead to celebrate moving on and experiencing a great many firsts: I will get my first hugs in years from a great number of friends and family, I will have my first trip to New York City, and my first adventure on the South American continent. I will have my first–and no doubt embarrassing–tango lesson. I will see my first glacier (and at the rate they are disappearing, perhaps my last). I will get to use all of my years of Spanish studies in a practical application for the first time, and for the first time, bemoan how woefully inadequate all of those lessons were. And for the first time in a very long time, I can enjoy life without a need to worry where my next paycheck is coming from, and where I’m going next.

I’ve worked hard these last two years. I’ve struggled with isolation, loneliness, worries about friends and family, language barriers, self-doubt, poor working conditions, and a million minor problems in-between. However, I think I’ll look back at Korea as a turning point for me. In coming here and accomplishing what I wanted to accomplish, I now feel like I can do just about anything. This next year will be an exciting one for me, and at long last, I’m in a position, mentally, emotionally, and financially, where I can do what I want to do. As great as Korea has been for me, it needs to end so the next stage in my life can begin.

← Where Have All the Heroes Gone?
Religion and Politics →